Transubstantiation in the Bread of Life Discourse (Part V)

By Daniel CampbellDecember 21, 2022No Comments 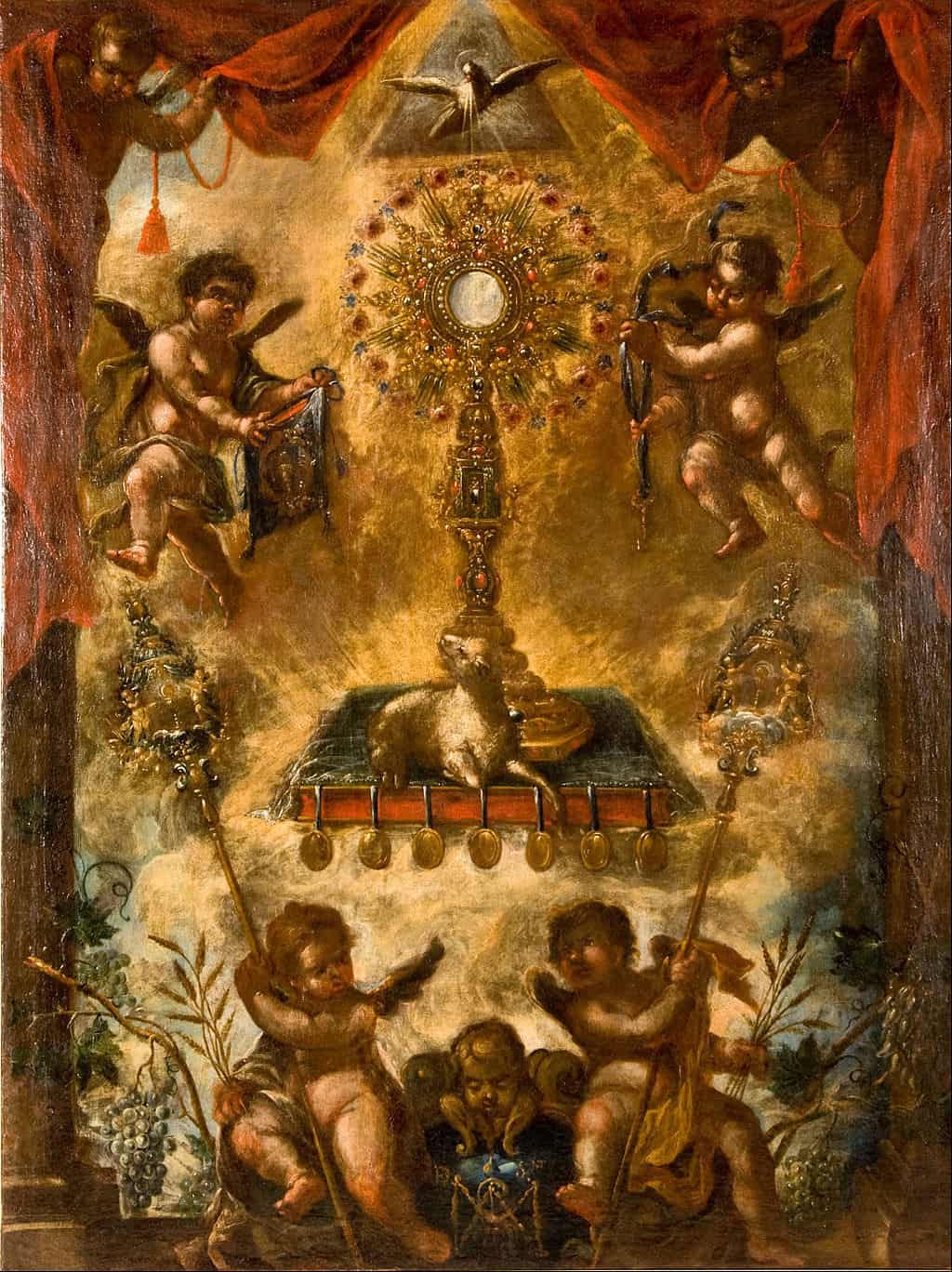 Transubstantiation in the Bread of Life Discourse (Part V)

This concludes the five-part series on exegetical proof for the Catholic doctrine of transubstantiation in the Bread of Life Discourse in John 6. Find Part 1 here, Part 2 here, Part 3 here, and Part 4 here.

Having examined the literary and eucharistic context of the Bread of Life Discourse, demonstrated the shift in the focus of our Lord’s words from belief to literally eating his flesh, and offered three proofs for the Catholic doctrine of transubstantiation, one major objection still remains:

Verse 63 of John 6 presents the major objection to transubstantiation to be accounted for since it gives the impression, through drawing opposition between flesh and spirit, that Christ’s prior words are symbolic and not literal if the flesh is of no avail.

Ulrich Zwingli is perhaps the most well-known proponent of this interpretation, having argued against any physical presence of Christ in the Eucharist on the basis that His flesh was of no avail. No doubt, a contrast is drawn between flesh and Spirit, but closer study of these words in Scripture shows that this does not negate the importance of Christ’s flesh.

Scripturally, the Spirit gives life to man as its vital principle of supernatural life. Contrastingly, flesh is associated with sin. John uses flesh in two ways, be it the Word made flesh (1:14, 18) essential for life (6:51-56) or the human flesh below God (1:13; 3:6) that superficially judges things based on physical observance (8:15). The two words take certain meaning when opposed in Scripture, for flesh represents all that is natural, earthly, and human, while spirit signifies all that is supernatural, heavenly, and divine. Their opposition is always a figurative expression contrasting sinful human nature—flesh—with grace-filled humanity—spirit (Matthew 26:41; Romans 7:5; 8:1-14; 1 Corinthians 5:5; 2 Corinthians 7:1; Galatians 3:3; 4:29; 5:13-26; 1 Peter 4:18; 4:6). In other words, those of the flesh without grace cannot assimilate the discourse.

Rather than indicating opposition between literal and symbolic, the contrast between flesh and spirit indicates that transubstantiation is supernatural, and hence the need for faith. Scott Hahn and Curtis Mitch write that this opposition is “between the Spirit’s ability to enlighten our minds (14:25) and human reason’s inability to comprehend revealed truths apart from faith (8:15). It is this earthbound perspective that is profitless in the face of divine mysteries” (Ignatius Catholic Study Bible, comment on John 6:63).

Faith is needed because transubstantiation occurs in a supernatural, invisible way, with the Eucharist to foster the supernatural life akin to physical bread that fosters the physical. Faith is eminent because “in the Eucharist we do not eat the Flesh of Christ by visibly cutting and masticating it, as the Capharnaites supposed, but under a sacrament, i.e., sacramentally and invisibly, lying hid under the species of bread and wine” (Cornelius Lapide). That the disciples who leave Christ are noted for hardness of heart confirms interpretation of the flesh-spirit opposition as faith, for such is at the root of faithlessness (Matthew 13:13, 19; Luke 5:21-22; John 8:27, 43-47; 12:37-40).

Without faith, Christ’s objectors interpret Him in purely materialistic terms, evoking a recurring theme in John seen with Nicodemus and the Samaritan woman, who interpreted Christ’s doctrine in reference to physical, rather than spiritual, rebirth and water, respectively. Understood correctly, Christ’s teaching that the flesh is of no avail is, indeed, true, so long as this is considered graceless flesh.

Additionally, Christ cannot be referring to His own flesh in verse 63. Firstly, He says “the flesh,” not “my flesh,” evoking previous uses of the word (John 1:14; 3:6). Secondly, were Christ’s flesh truly of no avail, then He would be reneging every statement about His flesh previously made: His flesh as bread for the life of the world (v. 51), its promise towards eternal life and resurrection (v. 54), its promise towards abidance in Christ (v. 56), and the necessity of consuming His flesh and blood (v. 53). Thirdly, the reality of the Incarnation would be questioned otherwise because, in accordance with the adage of the Fathers that “what was not assumed was not saved,” Christ’s flesh necessarily avails toward the redemption of our own, being hypostatically united to the Word as its instrument.

Thus, rather than speaking of His own flesh as being of no avail, Christ’s proclamation is in reference to the “fleshly” approach of the crowd. Christ’s words are not a revelation of purely symbolic meaning behind His flesh, thereby disproving transubstantiation. Rather, merely fleshly nature—faithless life of ordinary flesh without the Spirit—is what is truly of no avail.

The Scandal of Speaking Literally

Verse 66 records Christ losing disciples over His allegedly scandalous doctrine. This is further exegetical support for transubstantiation because such is only possible if His commands were interpreted literally. The Jews need not question how He could give His flesh to eat had He been exhorting them to faith, but only if they sensed impossibility in having to literally feed upon Him. Only a literal interpretation would lead to thinking of Christ’s doctrine as cannibalism and cause enough scandal for Christ to lose disciples.

That Jesus does not correct them and relate to them that He is speaking figuratively proves that the literal interpretation is correct. As Wiseman writes, such is unusual if Christ is speaking figuratively, for His practice is to explain His words to listeners who incorrectly interpret them literally (Matthew 16:6; John 3; 4; 11). The opposite is likewise true: Christ stands firm when correctly interpreted literally, even when opposed (Matthew 9; John 8). Two rules thus emerge: misinterpretation of Christ’s words as literal when they should be taken figuratively leads to further explanation, while correct interpretation of His words as literal leads to further affirmation.

Thus, Christ must be speaking literally, for opposition bore affirmation, and further still with the added emphasis in the switch from esthio to trogo. Christ let His disciples leave without correcting a false literal interpretation, indicating that they were correct in interpreting so. Given that Christ knew that there would be deserters (6:64), one must question why He used such grotesque imagery to explain Himself. There is no end to the more amenable metaphors Christ could have used had He only been speaking figuratively, and nothing but an absolute need of using such imagery—a need brought upon by the literal nature of His words in order to teach transubstantiation—would have demanded their recurring inclusion.

That Christ teaches such is first seen in the literary context situating the discourse within three aspects relevant to the doctrine: (1) two preceding miracles that prove Christ’s ability to account for transubstantiation; (2) a comparison of the Eucharist with the wilderness manna that necessitates transubstantiation in order that the former may exceed the latter; and (3) correlations to the Last Supper that give Eucharistic overtones against objections that the discourse carries no sacramental significance.

Furthermore, exegetically speaking, five arguments come out in verses 51-66 that clearly point to the doctrine of transubstantiation: (1) the Greek words used, with trogo demanding Christ be speaking literally and not figuratively; (2) the calumnious connotation of figuratively speaking of eating the flesh of a person, further demanding Christ be speaking literally; (3) the scandalous introduction of drinking blood, wholly unnecessary and imprudent were Christ only speaking metaphorically; (4) the contrast between flesh and spirit that points to faithless life as being of no avail, and not Christ’s flesh itself; and (5) the desertion of disciples over the literal nature of Christ’s words.

With all this in mind, transubstantiation is unquestionably a biblically based doctrine.