Transubstantiation in the Bread of Life Discourse (Part I) 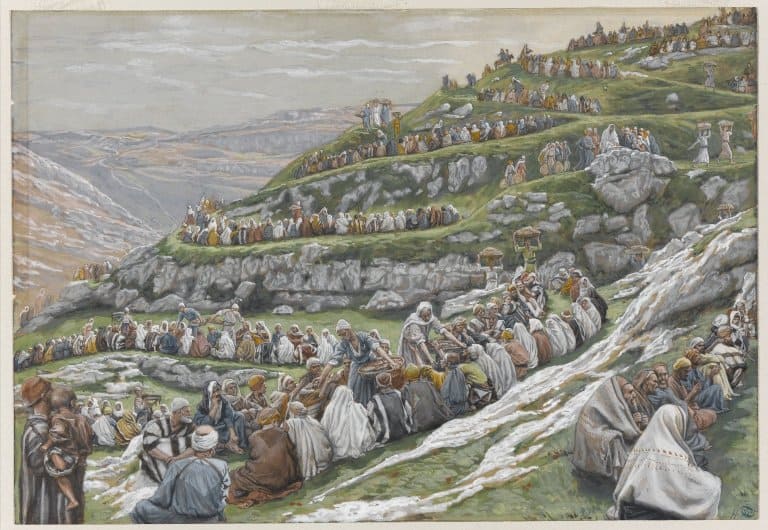 Transubstantiation in the Bread of Life Discourse (Part I)

As the Archdiocese of Denver launches its Eucharistic Revival this Sunday, we are rerunning a series of blog posts by our Director, Daniel Campbell, on the doctrine of transubstantiation in Chapter 6 of John’s Gospel. Stay tuned for upcoming news about course offerings from the Lay Division in honor of the Eucharistic Revival!

Few Catholic doctrines have historically provoked Protestant ire as much as transubstantiation. Although the various “reformers” diverged in their own Eucharistic teachings, all rejected transubstantiation as supposedly unbiblical, prompting the Council of Trent to anathematize Protestant heresies denying the doctrine. As Nicholas Cardinal Wiseman once said, “Indeed, so essentially does this dogma seem to involve the truth or falsehood of the entire religion, that transubstantiation was, until within these few years, considered the test whether one professed or rejected the entire Catholic creed” (The Real Presence of the Body and Blood of Our Lord Jesus Christ in the Blessed Eucharist, centenary ed. [London: Burns Oates & Washbourne, 1934], 12).

With this five-part series of blog posts, I would like to walk you through the exegetical evidence for transubstantiation at the end of the “Bread of Life” discourse of John 6 (John 6:51-66). My hope, when all is said and done, will be to show you how transubstantiation is not only biblically based, but also the only possible interpretation of the words of our Lord Himself!

The first thing that we need to address is the literary context preceding the text under consideration, so as to give the background to our Lord’s preaching on the Eucharist. The first point to note regarding literary context is that the Bread of Life discourse occurs in the second of four sections in the Gospel of John referred to as the “book of signs,” for it is when most of the signs (i.e., miracles, healings, etc.) occur in John. John focuses on seven of these signs in total: the Wedding at Cana, the healing of the royal official’s son, the healing of a paralytic, the multiplication of loaves, the walking on water, the restoration of a blind man’s sight, and the raising of Lazarus.

These signs display Divine action itself, reveal God’s power and glory in Jesus, and recall the Exodus signs (e.g., the Ten Plagues and the parting of the Red Sea) that proved God’s power and glory working through Moses. John ultimately records these signs in order to bring the reader to faith (see John 20:30-31). The multiplication of loaves and walking on water immediately precede the Bread of Life discourse, both a part of the “festival cycle” of signs performed within the context of Jewish feasts.

That the multiplication of loaves and walking on water immediately precede the Bread of Life discourse is interesting in itself. The multiplication of loaves signifies that Jesus provides, an occasion of experiencing Psalm 23:1: “The Lord is my shepherd, I shall not want.” The point of the miracle is that Jesus provides abundantly, which is attested to by the fact that twelve full baskets were left over. Jesus is able to provide because He is the Creator of all things (see John 1:3).

Such abundance also provokes the Messianic hopes of the people, who conclude that Jesus is fulfilling the prophecy in Deuteronomy 18 of a new Moses-like prophet to come: as Moses provided manna after delivering Israel from Egyptian bondage, so Jesus is now providing food and is set to deliver the people from Roman bondage. The Hebrew tradition of the renewal of the Exodus meal set to accompany the Messianic Age couldn’t but be inevitably evoked, as well.

Essentially, the multiplication of the loaves and walking on water reveal Jesus’ mastery over nature, which is meant to prepare the witnesses for the upcoming supernatural doctrine: one need not question if Jesus can provide the transubstantiated bread of His flesh given that He is God![/vc_column_text][/vc_column][/vc_row]