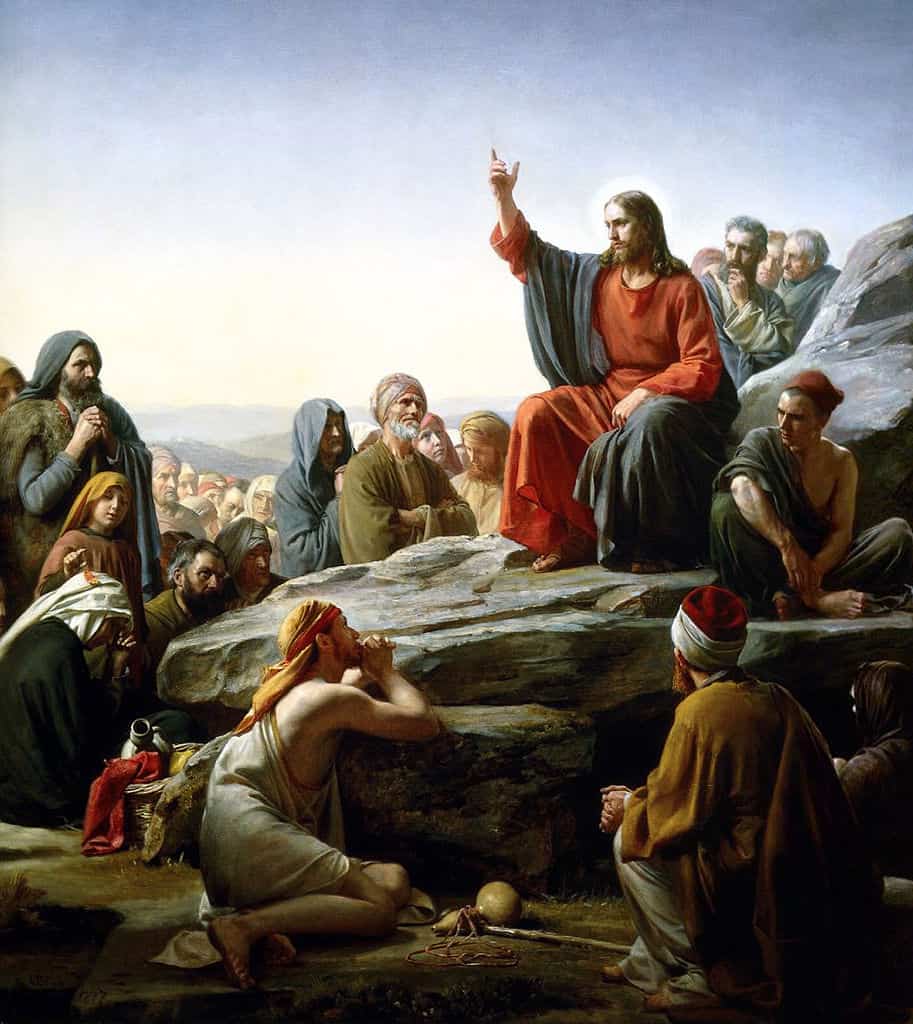 In the last article we ended with God’s people anxiously awaiting the New Moses who would lead a New Exodus to rescue them from their subjugation to foreign powers. Just as God had brought his people out of slavery and death in Egypt and led them through the wilderness to the Promised Land, his people now longed for a complete end to exile and restoration of all God’s covenant promises.

In the fulness of time God himself comes to rescue his people from their captivity. The salvation he brings follows the paradigm of the Exodus, calling all of his people out of slavery and into the freedom of his covenant. This connection is made explicit in the Transfiguration, when Peter, John, and James saw not only our Lord transfigured in glory, but “two men talked with him, Moses and Elijah, who appeared in glory and spoke of his exodus, which he was to accomplish at Jerusalem” (Luke 9:30–31, emphasis added). In several key details this “exodus, which he was to accomplish at Jerusalem” echoes and surpasses the first Exodus and demonstrates that Jesus is the New Moses.

The Jews in the first century were acutely aware that they were not free. For centuries they had lived under the rule of foreign powers: Babylon, Persia, Greece, and now Rome. But the real slavery—more oppressive by far than Roman domination or even Pharaoh’s cruelty—was slavery to Satan, sin, and death: “Truly, truly, I say to you, every one who commits sin is a slave to sin” (John 8:34) and “the wages of sin is death” (Romans 6:23). This is true not only for the Jews of the first century but for us as well—we are each born into this bitter bondage to sin and death.

Enter our Lord. Born into poverty and humility, his life is soon in danger because of the jealousy and fear of the tyrannical King Herod, just as the infant Moses was threatened by Pharaoh’s decree. Again, the young savior’s life is saved by flight into Egypt (Matthew 2:13–18).

Anointed by God to “proclaim release to the captives… to set at liberty those who are oppressed” (see Luke 4:16–21), Jesus demonstrates the devil’s defeat at his hands through the many signs and wonders of his public ministry, especially casting out demons. All these signs and wonders culminate in the New Passover, in which Jesus, the spotless Lamb of God, offers himself for the salvation of the world (see John 1:29, 1 Corinthians 5:7). And as Moses led the Israelites through the parted waters of Red Sea after the first Passover feast, Christ’s Passover sacrifice opens the way for the people of God to pass from slavery and death into freedom through the waters of Baptism (John 3:5, Romans 6:4).

Just as Moses prayed and fasted for forty days before receiving the law of the covenant on Mount Sinai, Jesus spends forty days and nights fasting and praying in the wilderness before ascending the Mount of the Beatitudes to give the law of the New Covenant (Matthew 4–7). He later spends forty days preparing his Apostles between his Resurrection and Ascension before he sends the gift of the Holy Spirit to them at Pentecost, the Jewish feast celebrating the gift of the law at Mount Sinai.

With the gift of the Holy Spirit God fulfills his promise in Jeremiah 31:31–34 to make a New Covenant and write his law not on tablets of stone but on the hearts of his people. The old law was written on stone to symbolize the hard hearts of the people, but “the New Law is the grace of the Holy Spirit given to the faithful through faith in Christ” (CCC 1966). It not only teaches what should be done—as the old law did—but also gives us the grace to keep it in love (see CCC 1963, 1966). The New Law does not abolish the moral precepts of the old law (the Ten Commandments), but “releases their hidden potential and… reveals their entire divine and human truth” (CCC 1967).

By the waters of Baptism we enter into God’s covenant family and receive the gift of the Holy Spirit to enable us to keep the law of the covenant (CCC 1266–1267), but that is just the beginning of our journey to the Promised Land. This journey is arduous, and we cannot make it on our strength. As we follow Christ through the wilderness of this life, he feeds us with the living bread of heaven, giving us his own flesh as true food and his blood as true drink to sustain us on our journey to our heavenly Promised Land (John 6:25–59).

In fact, it is Jesus’ miracle of feeding the five thousand with only five loaves and two fish that causes the people to recognize him as the promised New Moses (John 6:14). This miracle, which prepares for the gift of the Eucharist both as a wondrous sign and as the occasion for the Bread of Life discourse teaching explicitly on this gift, takes place at the time of Passover (John 6:4). At the Passover feast the following year Jesus will enact his New Exodus through the Paschal Mystery—his Passion, Death, and Resurrection. As the New Moses he will establish the New Passover and give the New Manna, opening the way to the New Covenant and writing the New Law on our hearts with the gift of the Holy Spirit.

To reach the Promised Land of heaven we must follow the New Moses with faith and obedience—keeping the covenant law, which is written on our hearts, in order to defeat the tyrant Satan and remain free of slavery to sin and death. This is not just the law of the covenant, but the only reasonable response to the great gift of salvation we have been given: “If you love me, you will keep my commandments” (John 14:15).