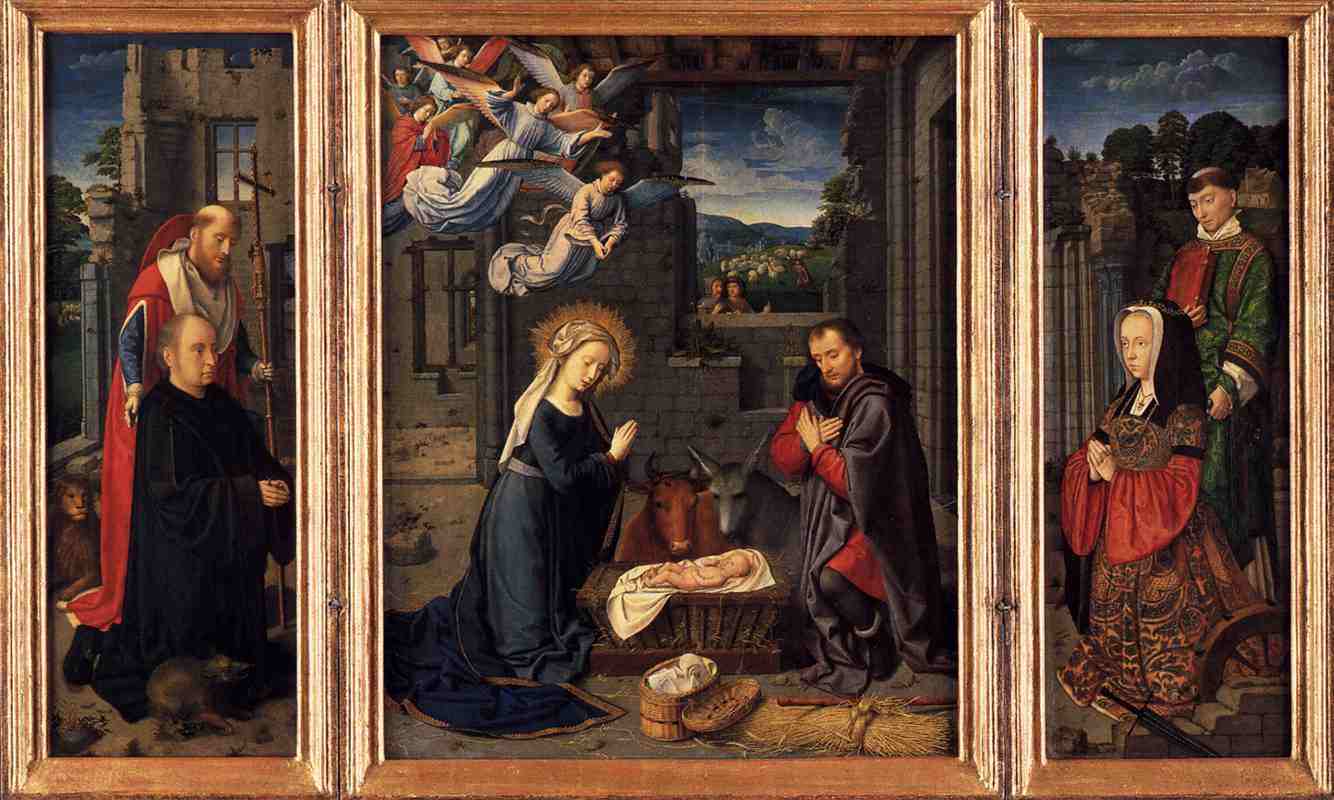 We all have particularly poignant moments in our lives that we’ll never forget. The “look” of it, “sound” of it, “smell” of it are all indelibly stamped upon our memory. Saint Joseph’s life was no different, only for the fact that his life with Jesus and Mary would’ve been one constant indelible memory! Yet of all of the events of his life, it’s hard to consider one that Joseph would’ve experienced more poignantly than that first Christmas. No parent forgets the details of the birth of a child, much less the first-born, much less again when that child is the Divine Messiah!

We read in the Gospel of Matthew, however, that Joseph’s first encounter with the Divine Messiah leaves him troubled. For finding out that his virgin wife is pregnant sends Joseph into a state of grave turmoil in which he thinks it best to quietly divorce Mary. Joseph subsequently receives the visit from an angel to reassure him of his vocation as husband and father, which leaves Joseph and Mary on the same page, so to speak, both embracing their unexpected roles as mother and father. And what a beautiful life this would be for the two to share in!

Imagine Mary, after months of having to keep her pregnancy secret from Joseph, finally getting to share in the joy with him, a joy that she’d only previously shared with her kinswoman Elizabeth. Imagine the two of them praying together, starting to plan their lives in preparation for this child, no less the Divine Messiah. Joseph was, as we know, a carpenter, so does he put his skills to good use and build a crib for the baby to sleep in? A rocking chair for Mary to nurse in? Imagine the conversations at the dinner table, the eager expectation and anticipation of all that was to come.

But then something dramatic happens to radically change whatever plans Joseph and Mary may have made: a decree of census from Caesar Augustus, which sends the Holy Family to Bethlehem. Now in considering this, I think it’s fair for me to speak for all husbands in saying that the last thing that we’d want to do is travel anywhere with our nine-months-pregnant wife on the verge of delivery! Any husband would prefer his wife to be comfortable in her usual surroundings. Nor would the trip from Nazareth to Bethlehem have been easy, as this would have been a journey of roughly 80-100 miles and would have taken at least a few days, at best on a donkey, if not on foot.

Imagine the difficulty here for Joseph! Imagine having to travel anywhere with your pregnant wife, whom you simply want to be as much at peace as she can possibly be. Imagine all of the plans that you may have made over the months and how those change: all the “nesting” by my wife is undone; she won’t get to deliver in the hospital that we toured and with the doctor we handpicked; my hospital bag has to be exchanged for far more luggage for a far bigger trip; we’ll no longer have the help of neighbors as we travel to a city where we have no friends. How virtuous must Saint Joseph have been to endure all of this!

To make matters even more dramatic, what does Joseph find out upon arriving at Bethlehem? That there is no room at the inn. The inn that Joseph surely anticipated staying at over the few days that it took them to travel. The inn in which Joseph had no doubt visualized what he would do to set everything up for Mary to deliver. Yet that inn rejects the Holy Family, Our Lord embracing the cross from day one, Mary left to give birth in the poverty-stricken stable cave.

Imagine how overwhelming this would have been for Joseph! You thought that you were prepared for the birth, all of which was thrown out the window. You no doubt assumed, as you traveled to Bethlehem, that your wife would deliver at the inn, yet those plans are thrown out the window, as well. Here now, you are left, instead, with your wife giving birth alongside animals, the child laid in a manger. Not the wonderful crib that you hand carved with so much love in the carpentry shop of Nazareth, but a trough that animals eat from!

How does Joseph feel about this? Is he frustrated with God? Sad? Does he feel inadequate at apparently being unable to provide a warm and well-lit place for the birth of the Divine Messiah? Surely Joseph realizes in prayer that if God wanted things to be different, then events would have unfolded differently. Yet that doesn’t change the pain that Joseph doubtless experienced on a natural, human, emotional level. No different than Jesus knowing and embracing the Divine will to march to the cross, yet still experiencing agony in the Garden of Gethsemane, praying to the Father for the chalice to pass.

We can easily imagine the angst that Joseph would have experienced throughout his life, but what total surrender to the Divine will he displays! Joseph is the epitome of “rolling with the punches” and “taking things in stride,” as we like to say. He didn’t have a second house in Bethlehem or visit hotels.com to plan ahead… he just went, leaving God to figure out the housing. And I’m sure, if you asked him, that Joseph would not have chosen this for his family, to give birth in a stable cave or to be homeless while fleeing to Egypt. But God chose to take His own birth in a stable cave with no place at the inn, so clearly this is what I must accept. What Joseph provided for his family, which is not anything demanded of men by the modern world today, is exactly that which God the Father willed for his family. Joseph couldn’t provide a room at the inn for his wife to deliver, but he did bring his family to the stable cave that God willed for them from all of eternity.

Saint Joseph is a very different provider from today’s notions, for what he first and foremost provides for his wife and child is a witness to the total surrender, as a child of God, to God’s will for his life, however frustrating, confusing, maddening, painful that may have been as he gazed upon his wife and child in a dark and damp stable cave, that child lying in a manger. And despite the poverty and distress of it all, surely the abiding image indelibly marked upon Joseph’s memory of that night was the indescribable sight of Our Lady, Mother of God, holding in her arms the Divine Messiah.

If you enjoyed reading these reflections and want to learn more about Saint Joseph, then click here for more information about Daniel’s 14-hour audio course on the life of Saint Joseph.