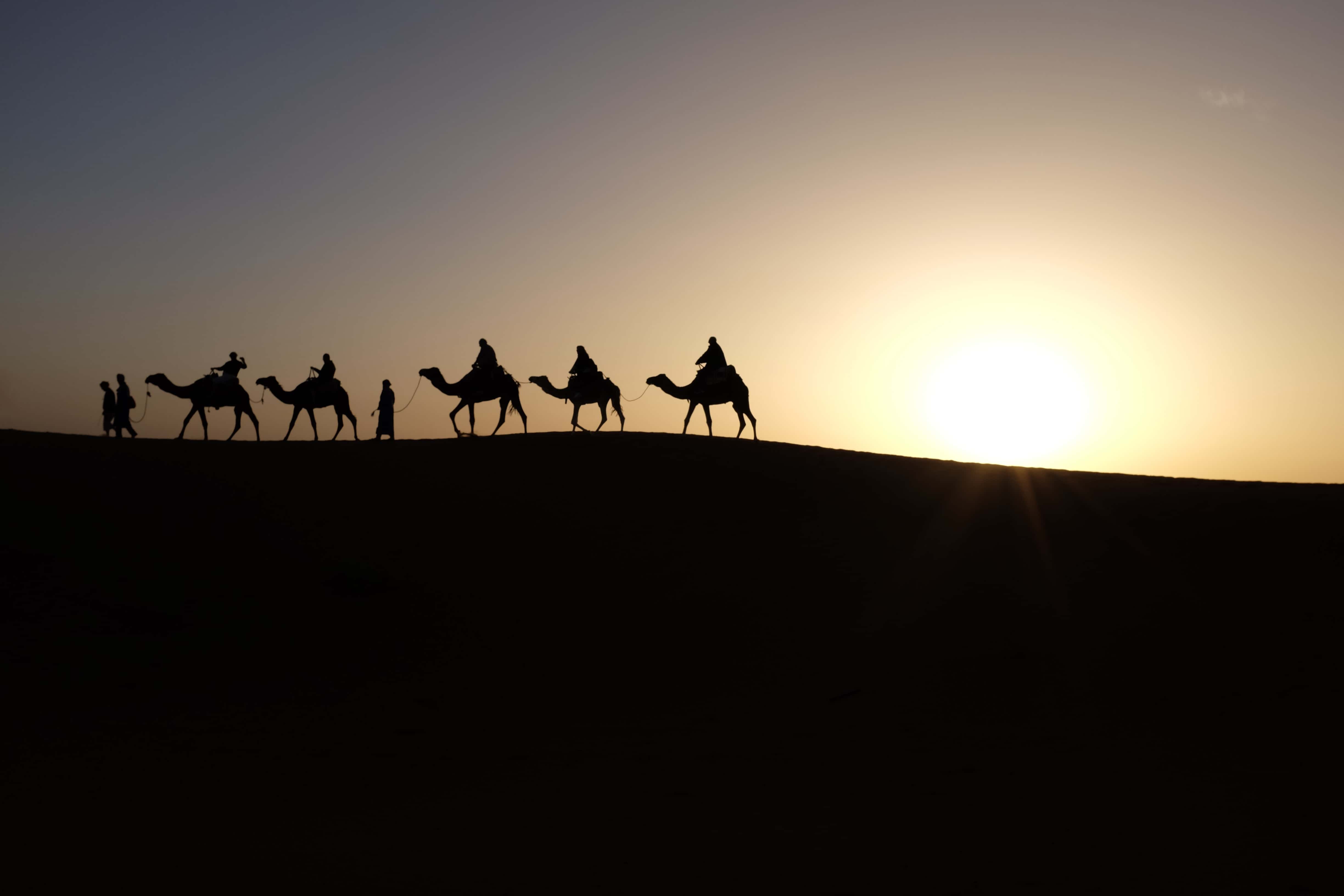 Have you ever wondered why, of all the signs, it is a star that the Magi follow to find the Christ child? It would seem problematic, after all, to use a star to guide them to Christ. Stars aren’t readily noticeable, not being immediately present to our senses. Have we any clue, for example, where we stand in relation to a star? Furthermore, stars don’t necessarily light the night before us—although there are millions of stars in the sky, it can still be pitch black at night. Why, then, does God use a star to guide the Magi to Christ (aside from fulfilling the prophecy of Numbers 24:17!)? To answer the question, we have to understand the nature of the theological virtue of faith, for which a dimly lit star in the dark sky is a perfect symbol.

Faith is one of the three “lights” that God gives us, the three ways by which we can know things: the light of reason, the light of faith, and the light of glory in the beatific vision. We call these three ways of knowing “lights” because light brings sight, sight brings understanding, and understanding brings knowledge. Think, for example, of a child who is struggling with his or her homework. What do they say when they finally understand the answer? “Oh, I see!” Not physically, of course, but intellectually. Hence, sight is associated with knowledge, and since it is light that brings sight, we speak of each of these ways of knowing—reason, faith, and beatific vision—as “lights.”

The light of faith, though, is a paradox: while a true light, it is still one of darkness. St. Paul himself speaks of this in 1 Corinthians 13:12: “For now we see in a mirror dimly, but then face to face.” We see now by faith, but it’s cloudy, whereas in Heaven we will directly see the Triune God. Why is the light of faith shrouded in darkness? Firstly, and very simply, because God is God and we are not. Only God can perfectly comprehend Himself, and even with the light of glory in the beatific vision there will always be something of the infinite God that is beyond our finite intellects

Secondly, faith implies a deficiency in its subject, since we don’t yet see face-to-face (which, as Paul writes, will only come later); we must believe in that which we do not yet see. We do see in some sense, but only because God has revealed Himself to us to be believed. And we see by faith, not by strict knowledge. We believe that God exists as the Trinity not because we can test such in a laboratory and touch it, taste it, see it, or feel it, but rather simply because God has said that He exists as such. Thus, something is deficient in us because we don’t yet know in that strict sense. This is precisely why we have to believe, and precisely why we will no longer have, nor need, faith in Heaven, where we will finally “see” all things in God. And so again, faith is a light, but one that is shrouded in darkness.

One of the best examples of this is the Blessed Sacrament: the Eucharist tastes, looks, and smells like bread, and if you ask any priest he will tell you that it feels like bread and sounds like bread when he fractions it in half. Furthermore, it would chemically test as bread if you subjected it to such testing. Yet we know that the Eucharist is not, in fact, bread. And while it is faith that brings me to know that the Eucharist is the Body, Blood, Soul, and Divinity of Christ, what darkness my senses remain in! I know, by faith, that this isn’t bread, since Jesus Christ, God incarnate, has said so, but that light is still surrounded by mystery, with every sense of mine telling me that it is bread.

And so we return to the Magi, to whom nothing in this world would say that Jesus is the true King, much less God incarnate: He is born in a cave, wrapped in rags, with no procession or heralding to mark his birth. Nobody knows that this King was born but a few shepherds, and He is surrounded by barn animals and lying in an animal trough. He certainly does not look like the savior, much less the second Person of the Most Holy Trinity! And yet, the Magi leave everything behind to follow a star to end up adoring this child. None of this should make them think “King,” yet the Magi have faith in the mystery—what darkness surrounds the Magi, yet they believe. And what darkness the star is set amidst, yet it is the very light that guides the Magi to Christ.

Perhaps this is why it seems that only the Magi can see the star. Herod, for example, wants to kill the Christ child, but he appeals to the Magi to return to tell him where the child is rather than looking up to follow the star himself. He doesn’t have the faith needed to see the light surrounded by mysterious darkness! And so the Magi, doing the outrageous thing of following a star—which apparently only they can see—to a far–off land in order to kneel before the humble Christ child… well, these three really are the epitome of the people of faith!