By Anthony GallegosAugust 12, 2022No Comments 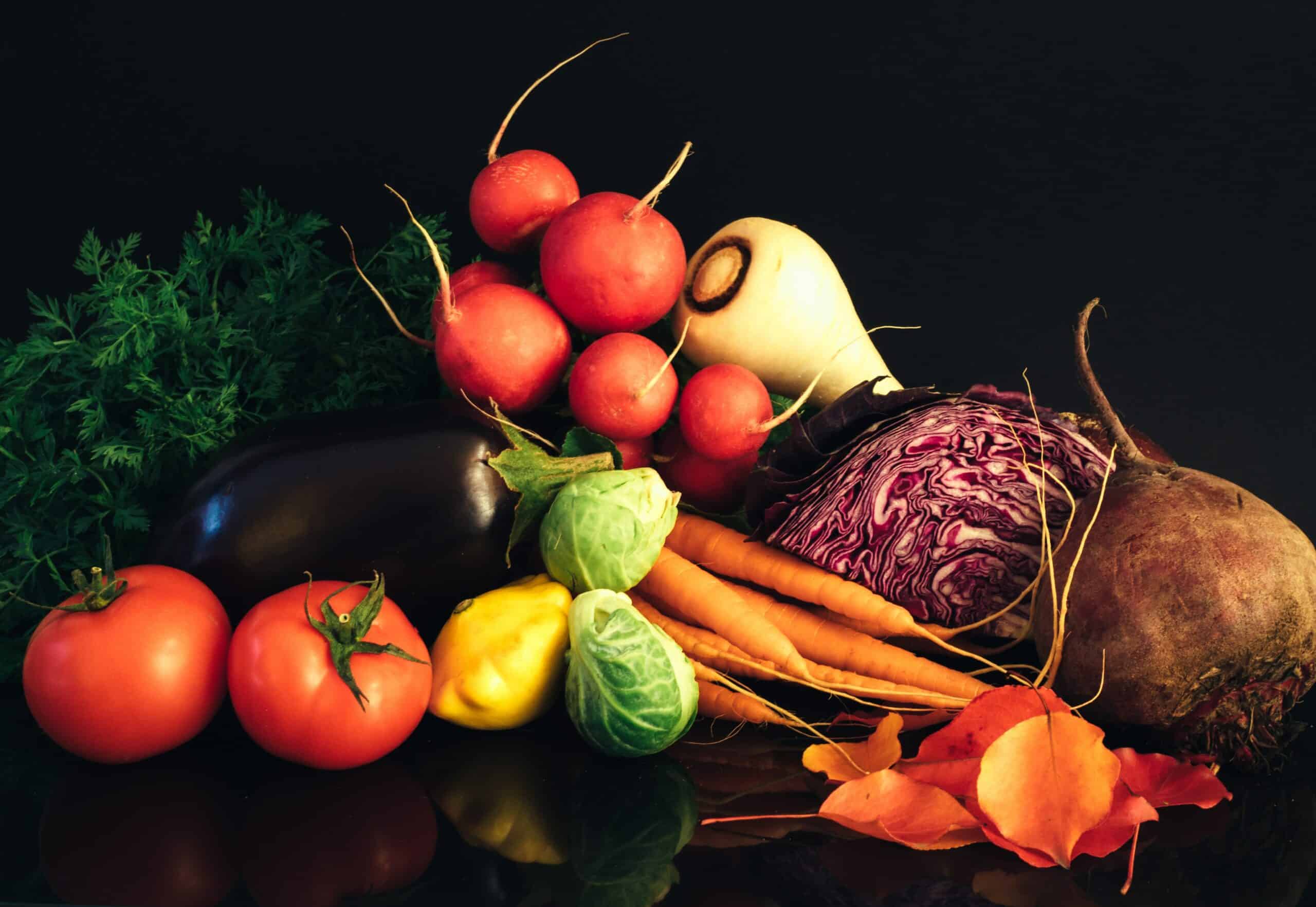 Photo by Sharon Pittaway on Unsplash

Series 2: Generas of the Soul
Part 2: The Vegetative Soul

As promised last week, we will venture into the generas of the soul. Souls can be tricky things, however, and sometimes they are like dark alleyways. One should not go down them alone. Therefore, the aid of a good guide must be sought. Ironically, a “dumb ox” will be the guide in this endeavor. St. Thomas Aquinas, affectionately known by his fellow Dominicans as the “Dumb Ox,” taught extensively about the human soul. His work, the Summa Theologica, includes this Angelic Doctor’s summation of thought on the human soul.

In the Summa, Aquinas teaches that there are five generas of the powers of the soul (I, q.78, art. 1). 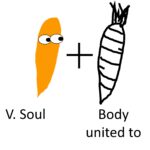 These are the vegetative, sensitive, appetitive, locomotive, and intellectual generas. As we said last week, the simplest explanation of a genus (singular of genera/generas) is that it is a broad category in which other subcategories fit. Aquinas uses the term “genus/generas” to distinguish the various powers of the soul according to their objects. For instance, the vegetative soul’s object is merely the body to which it is united.

This differs from the sensitive genus in that not only is this genus of soul united to the body in which it operates,

but it is also united, in a fashion, to something extrinsic to the body—namely the thing that is perceived by the senses.

Very well, let us focus on the Vegetative Soul.

The vegetative genus is the lowest operation of the soul. Its job is to take in nutrients, grow, and reproduce itself. St. Thomas calls this the lowest power of the soul because it is performed by a corporeal organ and by virtue of a corporeal quality. It is still a power of the soul, however, because the principle of movement is an intrinsic one. In other words, the above processes are governed not by outside forces but by inside forces. This differs from the total material nature of the rock in that the rock can only be acted upon. Furthermore, the rock neither grows nor reproduces, at least not in the same sense as a plant does. A rock, for all intents and purposes, is not alive.

What is pertinent in the above description is that the vegetative soul’s power is wielded by a corporeal organ, and by virtue of a corporeal quality. What does this mean? One way to understand this is to jump ahead for a moment and consider an operation of a soul that is via a corporeal organ, but not of a corporeal quality. The process of seeing comes to mind. Seeing involves a corporeal organ, the eye, but it also has an immaterial aspect to it in that the image seen somehow enters the human person. A human person can see a tree, for example, and can walk away from this tree and still have the image of this tree in his mind. How did this get there? More on this later, but it is clear that the person did not uproot the tree and somehow cram it into the space between his eyes in order to carry away something of the tree.

The case of digestion, however, is altogether different. The material substance of whatever is eaten, literally and materially, does enter into the digestive system. In fact, the materiality of whatever is eaten can be so materially re-arranged that one can say it no longer exists. Take for example eating a pizza. At some point the pizza “disappears;” it is “no more” and if more is desired than another call to the local pizza delivery is in order. 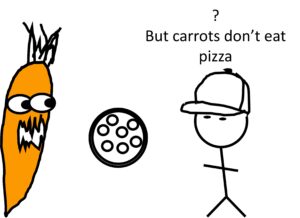 That’s right, Jed. And carrots also do not grow scary teeth and menacingly look at pizzas. What you have drawn above is more akin to the sensitive soul.

So, tune in next week when we take a deeper look at the sensitive soul—­and no Jed, we don’t mean a soul that cries a lot or really enjoys Hallmark movies. Until then, stay inquisitive my friends.