Judith: A portrait of the value of women in the Church 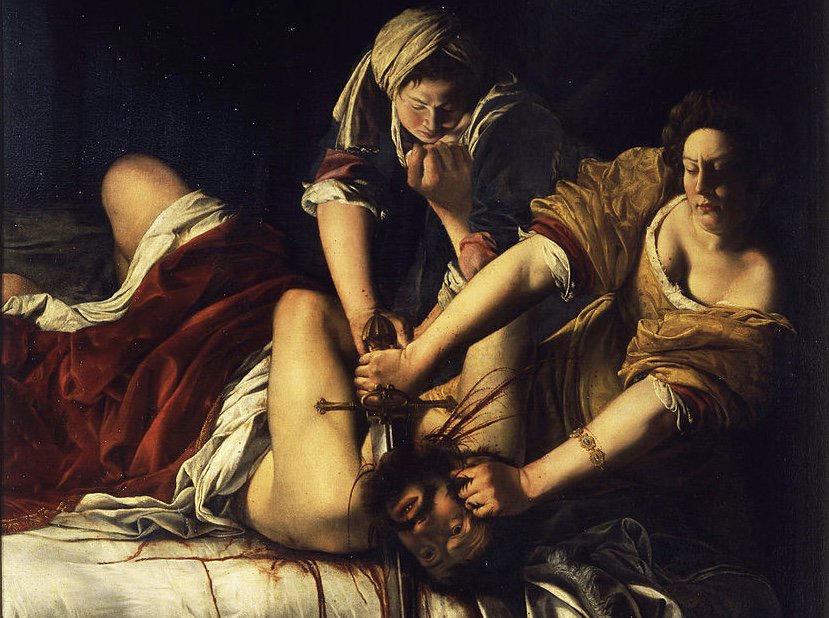 As I was studying the prophets in Biblical School two years ago, I was struck by the thought that Catholics, out of all Christians, are accused the most of being anti-woman. Catholics are charged with making women subservient to men, lowering them to the status of mere breeders, maintaining tenuous grasps to tradition, and even misinterpreting Sacred Scripture. However, one does not have to look too closely to see that the Old and New Testaments abound with strong women who exude virtue, obedience, and faith.

One of the strongest women in the Old Testament has her own book: Judith. The real irony is that while Catholics are often branded as being anti-woman and foolishly bound to tradition, even by other Christians, Catholics acknowledge and honor the book of Judith as canon. Protestants removed and disavowed this divinely-inspired piece centuries ago, thus denying one of Israel’s greatest heroines in Sacred Scripture. It makes one wonder whether the accusations of misogyny are misplaced.

The book of Judith describes a tumultuous time in the history of Israel (when was there not such a time for the Jews?). Judith is a Jewish woman living in post-exilic Jerusalem, “for they had only recently returned from the captivity, and all people of Judea were newly gathered together, and the sacred vessels and the altar and the temple had been consecrated after their profanation” (Judith 4:3). She is a widow for over three years, mourning and fasting when appropriate and caring for all she has inherited. She “was beautiful in appearance, and had a very lovely face; she was prudent of heart, discerning in judgment, and quite virtuous” (8:7). Her first example of strength is present here: modesty, self-control, stewardship, and virtue despite her great wealth, beauty, and freedom as a woman no longer beholden to her husband.

After decades in captivity, the remnant of Jews are allowed to return to their homeland, but they are not “free”, so to speak. They are still subject to Persia and her tyrants. The Jewish rulers of the city are waffling between duty to their God and fear of foreign oppression and annihilation.

For Judith, though, there is no question. She scolds her people: “Who are you, that have put God to the test this day…” (8:12).  Judith, in her great wisdom, recognizes that faith in God is unconditional. She reminds the rulers of the city that “if he does not choose to help us within these five days, he has power to protect us within any time he pleases, or even to destroy us in the presence of our enemies” (8:15). Placing all her trust in God, Judith takes matters into her own hands. Another example of her great strength: a widowed woman with intellectual acuity who sternly lectures the city’s rulers without fear of reproach.

Judith prays fervently to God, leaves the city, is purposefully captured, uses her beauty to get into the good graces of the enemy, convinces the enemy general that she can help him, and finds a way to be alone with him, all while maintaining her purity and faith. Then, the moment that causes gaping mouths and enthusiastic fist pumps, Judith cuts the general’s head off with a sword while he sleeps. Sure, it takes her two attempts with the sword, but she does this in the midst of a great enemy camp. She has no fear because her fear is in the Lord, and we also see her physical strength in this instance.

Judith returns to the city, and with the greatest corporal fortitude, pulls the head out of a bag, announcing, “The Lord has struck him down by the hand of a woman” (13:15). What a beautiful example of a beautiful, virtuous woman who saved Israel through unconditional faith and tenacity, and one who is valiant enough to remind the ruling men of her city that God picked her, a woman, to rescue them. What a pity that she is ignored by those who would call themselves enlightened champions of women.

Heroines of Scripture and the Church

A cursory glance might seem as though Sacred Scripture is a Who’s Who of notable or infamous men, brave or malicious, influential or insignificant. One need only look a little deeper to see the numerous contributions made by women. The cultural defiance of Rahab, the filial obedience of Ruth, the regal efforts of Esther to save a whole race of people—to name a few—and that does not even touch on the New Testament.

The issue is not if women contributed to salvation history, but whether the Catholic Church recognizes the significance of these women. Just to be included in sacred canon and deemed divinely-inspired without flaw for centuries should be indication enough that the value of women is recognized. The presence of notable scriptural women in art, books, and readings during Mass suggests the Church expects the faithful to emulate these holy heroines. The greatest evidence that the Catholic Church is indeed for women rather than against women, where Sacred Scripture is concerned, is that the Church has maintained canonical status for some women in the Bible when others actively removed these heroines, and their canonical worth, from Sacred Scripture. Judith is a prime example. With regards to the value of women in the Church, this is just one of the impressions that society is exceedingly wrong about.

Dr. Hanna Muldowney has her Ph.D in Curriculum and Instruction, M.A.Ed in Curriculum and Instruction, and B.A. in History with a minor in Latin, all from Texas A&M University, as well as a Certificate of Biblical Studies from the Denver Catholic Biblical School. Hanna and her husband have 9 children, and she homeschools all of them. She loves to work with the homeschool community, helping parents be the best teachers they can be for their children. She also loves sharing the faith through engaging and orthodox curriculum. In her rare free time, Hanna enjoys writing and sewing.