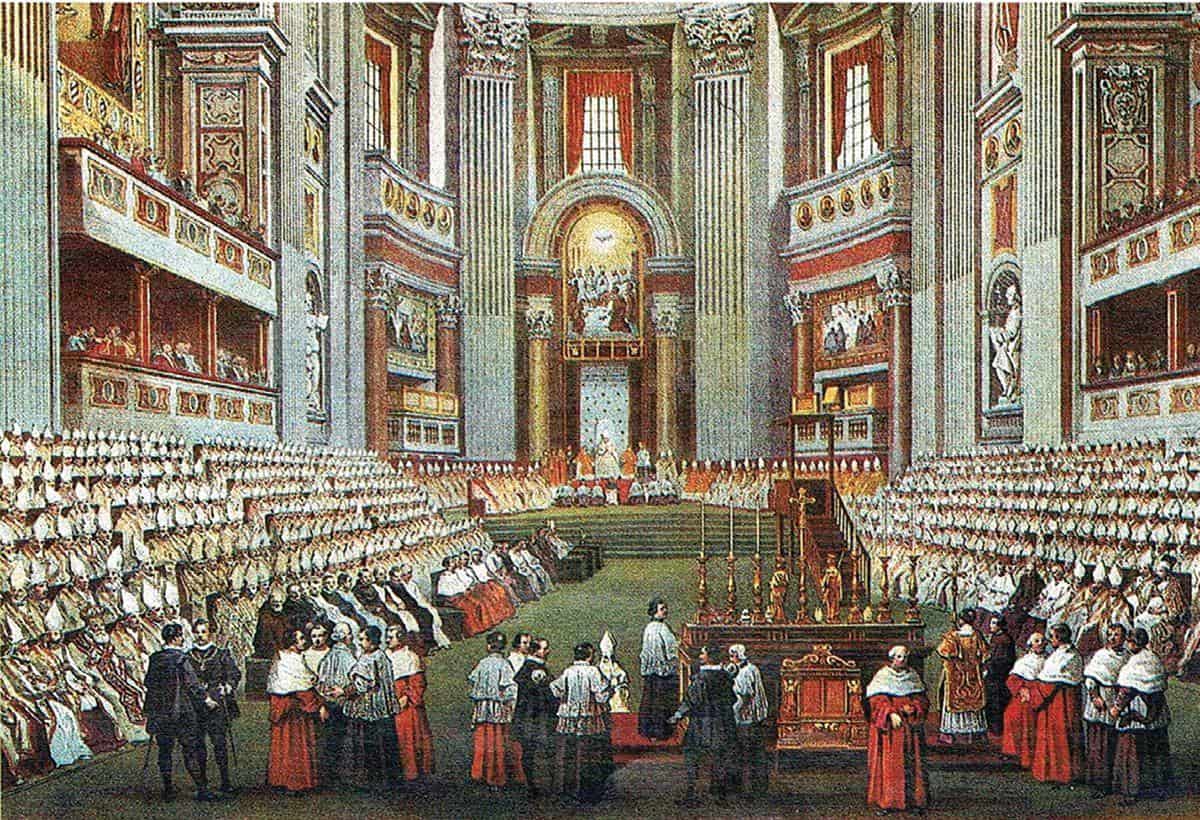 Something similar applies to the statements that Popes make. Papal statements typically fall into two categories—those that “come and go” and change over time (prudential judgements) and those that are part of the Deposit of Faith (1 Timothy 6:20, 2 Timothy 1:14) and thus live on no matter who occupies the Papacy. That raises an important question: How can I tell into which category a statement made by a Pope falls? How do I know if it’s part of the unchanging Deposit of Faith or a changeable, even fallible (see CDF, Donum Veritatis, 24), prudential judgment?

The Deposit of Faith

The Church’s Magisterium (the Pope and Bishops in communion with him—CCC 100) exists to pass on only the truths of the faith taught by Jesus and the Apostles (Vatican II, Dei Verbum, 10; CCC 86; CDF, Donum Veritatis, 14). The only time it exercises the charism of infallibility is when it speaks concerning these truths (Dei Verbum, 10). In fact, it is specifically prohibited from coming up with new doctrines or from contradicting the prior teachings of the Magisterium as represented in the Scriptures, the Church Fathers, the Doctors of the Church, and prior magisterial documents (Vatican I, Decrees, sess. 4, chap 4, par. 6). These prior teachings are called “irreformable” because they cannot, under any circumstances, be changed. The Church simply has no authority to do so (Vatican I, Dei Filius, sess. 4, chap 4, par. 9; Pope St. John Paul II, Ordinatio Sacerdotalis, 4).

The best thorough but accessible explanation of this concept is found in the book By Man Shall His Blood Be Shed – A Catholic Defense of Capital Punishment (Edward Feser & Joseph Bessette, Ignatius Press, 2017). In it the authors note that “Even if the pope intended such a reversal, it is simply not within his power to contradict the uniform teaching of Scripture, the Fathers and Doctors of the Church, and the binding statements of previous popes, or to introduce novel teachings…” (pg. 165). Regardless of your position on Capital Punishment, this book is a must read for every Catholic who wants to navigate the often confusing, and frequently conflicting, statements being made in the name of Catholicism today—I cannot recommend it highly enough.

A second category of statements that Popes (and Bishops, etc.) more commonly make is prudential judgements. These are their opinions based on the varying degree of knowledge and expertise they have on a given subject. As such, they are not binding on Catholics and can even be subject to error (CDF, Donum Veritatis, 24). We are not to assume that these statements are mistaken, and we are required to give them respectful consideration. But they are “binding only to the extent that one finds the ‘reasoning process’ that is offered in support of those judgements to be cogent” (By Man Shall…, pg. 153). Or, as cited in Van Noort’s Dogmatic Theology (Mercier, 1961), such a statement, even when made by a saint, is “only as valid as the reasoning process on which it is based.”

While not necessarily common, we should not be surprised or scandalized when a priest, bishop, or even the Pope makes a prudential judgment that ultimately proves to be in error. The odds of them doing so seem to increase when, like any of us, they speak outside their areas of specialized knowledge or expertise. Even Peter, the first Pope, had to be corrected when he made such an erroneous judgement—and that judgement was actually in an area where he had great expertise (Acts 10, 15; Galatians 2:11–13). While the charism of infallibility applies to everything in the deposit of the faith, and to all the dogmas and “first level” doctrines that flow directly from that deposit, it does not apply to the opinions or prudential judgements of anyone within the Church.

We live in perilous times and, as Christians, we are called to love our spiritual leaders and to offer our prayers and sacrifices for them. This is even more important when, after prayerful consideration, we believe them to have been overtaken by error.

The pressure to conform to the spirit of the age, to go along in order to get along, and to seek the approval of the authorities and opinion-makers in society is an ever-present source of temptation for us all. That must be particularly true for our spiritual shepherds as they face unique levels of hostility and attack. (2 Peter 3:16; Matthew 26:31). As St. Paul encouraged, we need to pray for them that “God will give them the words and opportunity to speak the truth boldly in order to make known the mystery of the gospel of Christ” (Colossians 4:3; Ephesians 6:10).

This article is adapted from the original at the Center for Advanced Leadership and Catechetics Consulting. It is republished with permission.

John LaBarbara is the founding Principal of the Center for Advanced Leadership and Catechetics Consulting (CALC Inc.), which helps apostolates, religious organizations, parishes, and businesses become more unified and effective in fulfilling their mission. He graduated summa cum laude with a B.A. in Sacred Scripture and studied New Testament Greek at Fuller Seminary. John has served as the Vice President of Operations for FOCUS, the COO of the Augustine Institute, and the Interim COO for ENDOW and the Catholic Psychotherapy Association. He is also the apologetics editor and a contributor to Didache Bible with Commentaries, and the author of Knowing God’s Love – 8 Essential Truths Every Catholic Should Know. He is an adult convert to the Catholic Church. John is the creator and instructor of the Lay Division's Apologetics for the New Evangelization: Practical Catholicism course.