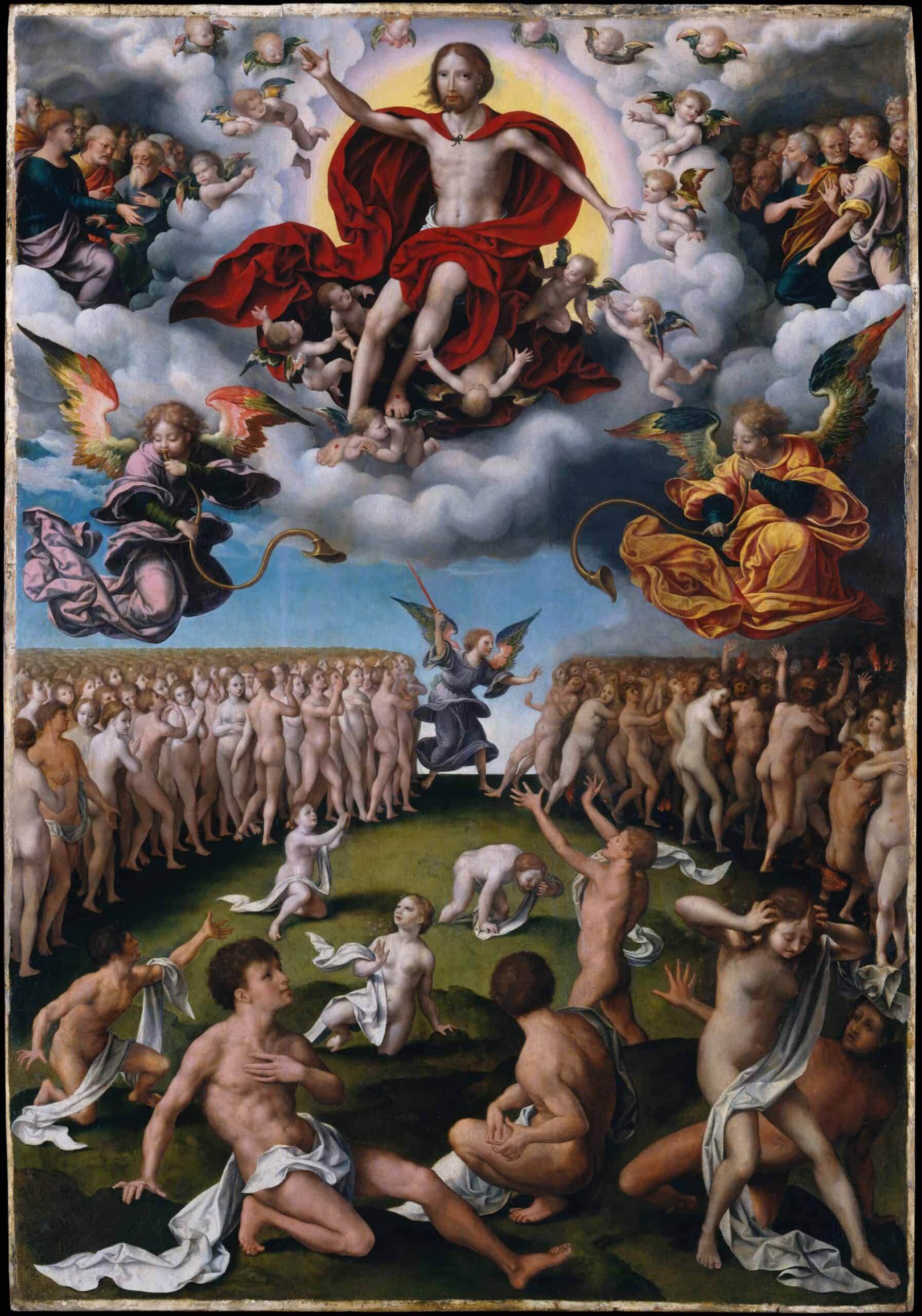 Part 2 of The Last Things and Glorification

After Death (see last week’s post), every person will face a Particular Judgment. For the Church, there is a clear distinction to be made regarding this Particular Judgment, which the non-baptized and baptized will face, “God has bound salvation to the sacrament of Baptism, but he himself is not bound by his sacraments” (CCC 1257). That is to say that upon Death, the final mystery at the twilight of life, God will perform this Judgment according to His own standards, not strictly according to the dispensation of the Sacraments of Salvation, with which the Church has been entrusted. Thus, even now, the Church, according to ancient tradition, considers and hopes for baptisms not only of water, but also of blood—in which one dies for the sake of the Faith—and by desire—in which one would have asked for Baptism had the person fully understood what it was Baptism meant for him or her.

Pope Pius XII further expounded on this concerning Christians who had fallen into sin, “For not every sin, however grave it may be, is such as of its own nature to sever a man from the Body of the Church, as does schism or heresy or apostasy. Men may lose charity and divine grace through sin, thus becoming incapable of supernatural merit, and yet not be deprived of all life if they hold fast to faith and Christian hope, and if, illumined from above, they are spurred on by the interior promptings of the Holy Spirit to salutary fear and are moved to prayer and penance for their sins” (Mystici Corporis, 23). Thus the mystery of the Mercy of God is again verified, just as Christ became flesh that we might know God personally.

Contrary to common Protestant thinking, the Catholic Church has consistently taught that it is not mere “faith alone” with Baptism that gets one through the Particular Judgment to the Blessed Banquet of the “Lamb who was slain” (Revelation 5:12). For it is significant that Jesus tells His disciples, at the most intense moment of His life, the Last Supper, which will usher in the threshold of Salvation, “If you love me, keep my commandments” (John 14:15). Further, the author of the Letter of James points out “a man is justified by works and not faith alone” (James 2:24). As well, the Apostle Paul states that for those who act deceitfully “their end will correspond to their deeds” (2 Corinthians 11:15). And St. Peter describes God the Father as “him who judges each one impartially according to his deeds” (1 Peter 1:17). This is but to cite a few references. Thus, someone is able to say of the dead man’s prior existence “that life is replete with all the meaning it will ever have” (Regis Martin, The Last Things: Death, Judgment, Heaven, Hell, Ignatius Press, 1998).

But this only demonstrates the mystery that the “Divine Omnipotence pays mankind the highest possible compliment of taking its liberty seriously” (Ibid.). The free will exercised throughout the course of each person’s life is now judged, “the time open to either accepting or rejecting the divine grace manifested in Christ” (CCC 1021).

C.S. Lewis once wrote, “If a game is played… it must be possible to lose it.” Though life is much more than a mere game, the point remains. As Christ chose to come in the flesh, so too man must choose to live a life humbled before God. If God entrusts man with this freedom, then man must ultimately choose his own consequences by his very response to God—and this is true for each of us. St. John of the Cross poetically elucidates, “at the evening of life, we shall be judged on our love.” The question man will answer with his life is whether he acted as an obedient son or daughter in love or as a rebellious servant in conceit.

How long then does this passing take? How long shall the righteous Christian linger waiting for the pronouncement “Well done, good and faithful servant…enter into the joy of your master” (Matthew 25:21) or the adamant sinner finally know the love he rejected? The Catechism strikingly teaches that it is “at the very moment of death” when “each man receives his eternal retribution in his immortal soul” (CCC 1022). This Particular Judgment of each human person “refers his life to Christ: either entrance into the blessedness of heaven—through a purification or immediately—or immediate and everlasting damnation” (CCC 1022).