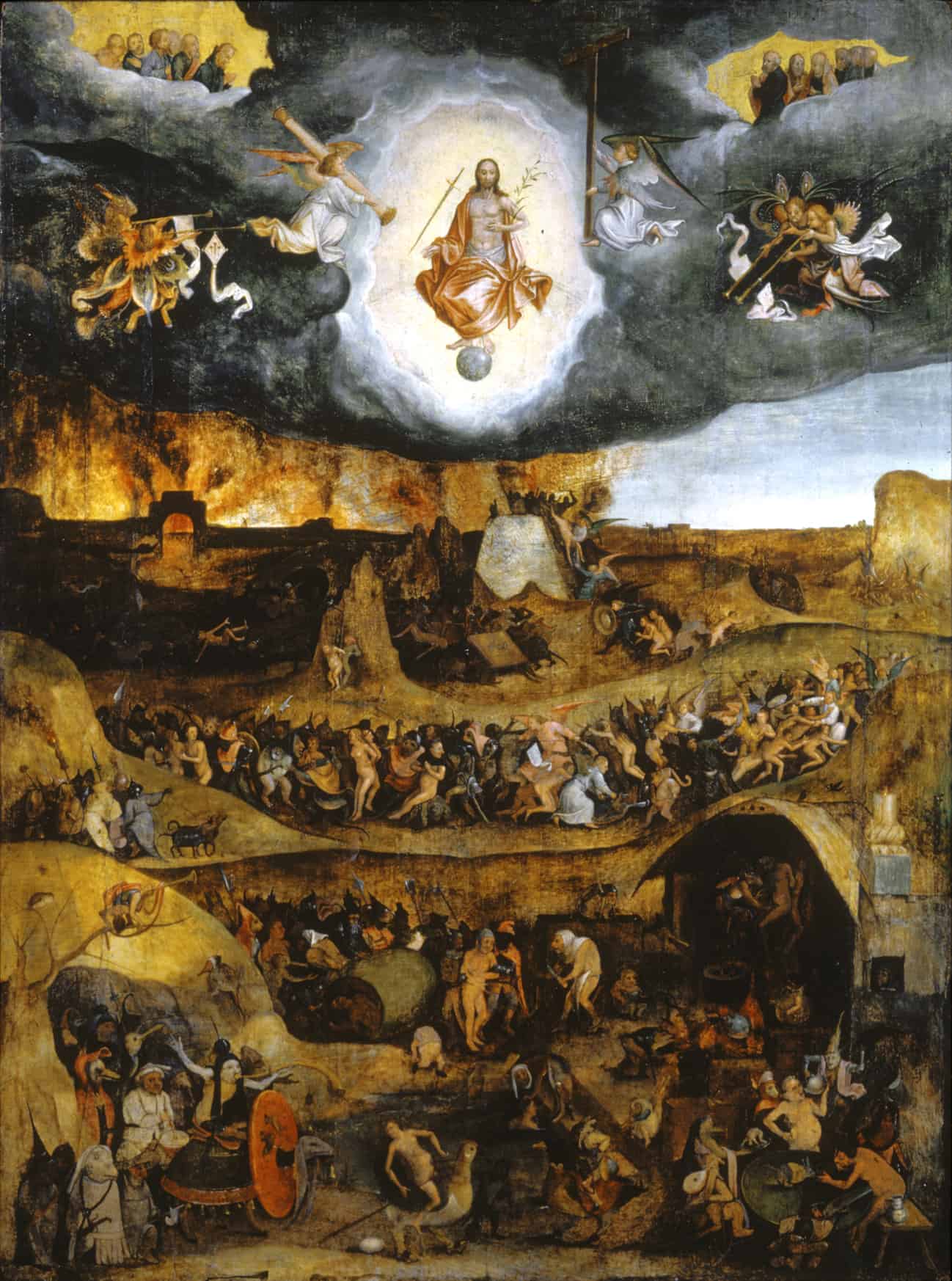 Part 3 of The Last Things and Glorification

After Judgment (see last week’s post) comes either Heaven or Hell. For the sake of exhortation it seems good, as Dante in The Divine Comedy witnesses, to pass through Hell first.

Hell is “the definitive self-exclusion from Communion with God and the blessed” (CCC 1033). In this state, one is utterly, completely alone. That Hell exists has been a constant teaching of the Church. Jesus himself tells us that He will say to those on His left “depart from me, you cursed, into the eternal fire prepared for the devil and his angels; for I was hungry and you gave me no food, I was thirsty and you gave me no drink, I was a stranger and you did not welcome me, naked and you did not clothe me, sick and in prison and you did not visit me… Truly, I say to you, as you did it not to one of the least of these, you did it not to me” (Matthew 25:41-43, 45). Along with this place, we are assured as well that there is a devil that is meant to be there with his angels. But this devil is not a god, though many early Manichean heretics were certain of it. The one whom Jesus refers to as “the enemy” and “the father of all lies” is a constant threat to man during this life. But ultimately it is not this tempter who leads man to Hell, but man’s own refusal to know and to accept the love of God.

In the movie “The Usual Suspects” the main character of the whole story’s unfolding, “Verbal” Kent, is accused of working for a legendary criminal mastermind, whom no one had ever seen, but he explains to the investigating officer “the greatest trick the devil ever pulled was making people believe he didn’t exist.” Thus it is in our own lives, for if the devil can convince us of his non-existence, then a salvation and love from God seems all the more meaningless and pointless. But in reality, God’s love for man is so real and tangible that He became man and “dwelt among us” (John 1:14). It is ultimately only this love that can save man from the “eternal fire” (Matthew 25:41), since “there is no other name under heaven given among men by which we must be saved” (Acts 4:12). The imminent reality we face then is that “in every life, however brief its duration, the essential drama of existence unfolds against an absolute horizon beckoning man to one or another eternal possibility” (Regis Martin, The Last Things: Death, Judgment, Heaven, Hell, Ignatius Press, 1998). In fact, the Eternal Merciful God does not want “any to perish, but all to come to repentance” (2 Peter 3:9).

Nor is man left to his own devices, as it were, to strive for heaven since “God shows his love for us in that while we were yet sinners Christ died for us” (Romans 5:8). God’s love augments every aspect of man’s desire for Heaven. Man is blessed even in his groping for truth, “for now we see in a mirror dimly, but then face to face. Now I know in part; then I shall understand fully, even as I have been fully understood” (1 Corinthians 13:12). Christ having encountered man, and man having responded as a son in obedience and love, brings man, through sharing His very life with him, to full communion with His Father in Heaven. Heaven is the “perfect life with the Most Holy Trinity—[the] communion of life and love with the Trinity, with the Virgin Mary, the angels and all the blessed” (CCC 1024). It is further “the ultimate end and fulfillment of the deepest human longings, the state of supreme, definitive happiness” (CCC 1024).

It is this for which man was created, this communion with God—to be loved infinitely for all of eternity and to perfectly reciprocate with his whole being that love. But this is not even something we can comprehend fully in this life, “the mystery of blessed communion with God and all who are in Christ is beyond all understanding and description” (CCC 1027). So far above anything we can comprehend is Heaven that “the Church calls this contemplation of God in his heavenly glory ‘the Beatific Vision’,” (CCC 1028) but goes no further to describe what this state is like, except to say that those “souls have seen and do see the divine essence with an intuitive vision, and even face to face without the mediation of any creature” (CCC 1013, quoting Pope Benedict XII in the 14th century).

In truth, there is not really that much more that can be said with certainty about the Mystery of Heaven, as Jesus says, “Not that any one has seen the Father except him who is from God” (John 6:44). Truly there is only so much I can say about the state of Heaven, “indeed, anyone pronouncing on the subject of Heaven is open to the charge of being an impostor inasmuch as all of us are presuming to say something about that which we know nothing” (Martin, The Last Things: Death, Judgment, Heaven, Hell). But what we can speak of is the doorway, the gate, who is a person and who has enabled us to get there.

Indeed we do know for certainty that there were at least four reasons why Christ became flesh: (1) “in order to save us by reconciling us to God” because of the Original Sin of our first parents, (2) “so that we might know God’s love” through a personal encounter with Him, (3) “to be a model for our holiness” by showing us what it means to love, and (4) “to make us partakers of the divine nature” that we might live that divinization as co-workers with Christ through the life of the Sacraments (CCC 457-460). It is precisely for these reasons that Man has been enabled to enter into Heaven. And so in our final installment we will turn to this great mystery of the Incarnation to better understand the Four Last Things.