Hit enter to search or ESC to close
History

History of Hope in Times of Pandemic 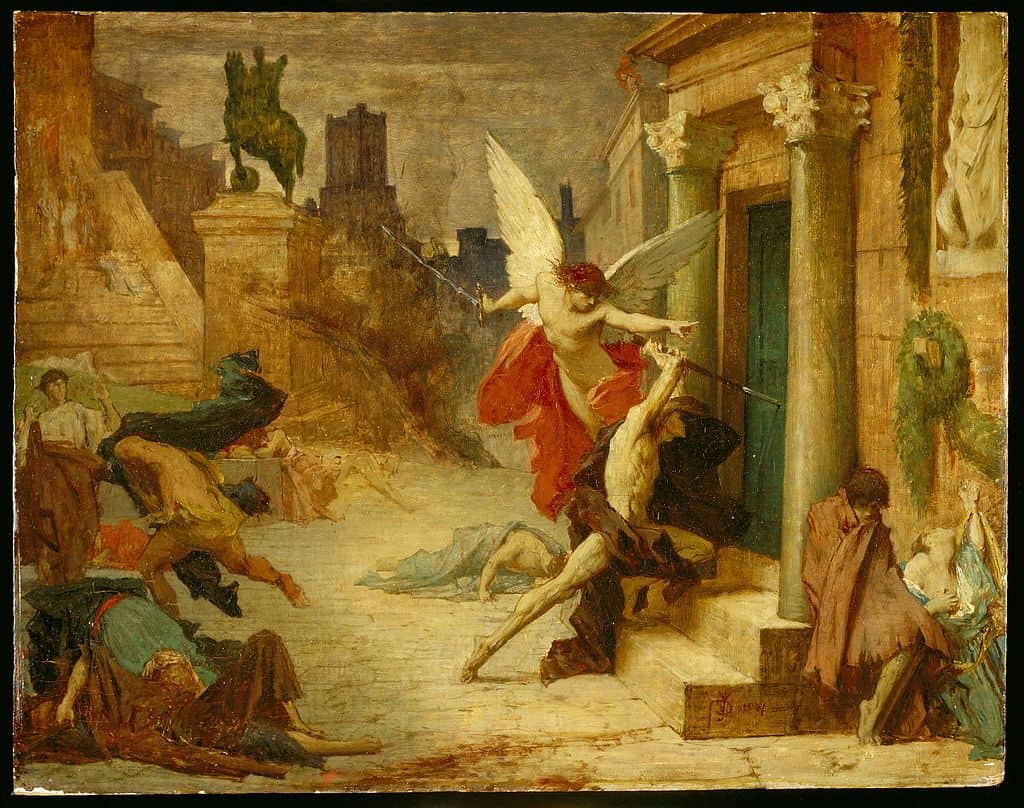 Those of us who saw the Pope’s Urbi et Orbi blessing on March 27th will have noticed the presence of two miraculous objects of veneration that have become a focal point of prayer and devotion during this COVID-19 crisis. The first is the 14th century crucifix of San Marcello; the second is the 4th century Byzantine icon titled Salus Populi Romani (“Protectress of the Roman People”). These particular objects both have central roles in the story of the Church and pestilence.

In AD 590, the Salus Populi Romani was brought to Rome by the newly elected Pope Gregory the Great and led in procession throughout the city during a plague outbreak. In 1522, the crucifix of San Marcello was carried through each district of Rome in procession as the city once again battled plague. In each case, the people of God responded to death with increased faith, which found its focus in the crucifix and the Mother of God. The faithful undertook processions in the hope that their prayers would be heard, and they treated each other with increased love—which is not at all the usual historical response to the fear pandemics create. In this time of doubt and fear we can find encouragement in the fact that these are roads we have trod before. These miraculous images of our Lord and our Blessed Mother speak to us from ages that experienced those fears and chose to respond with fervent faith, hope and love.

When we look at the history of the Church, we see that pestilence— a term loosely indicating widespread infectious disease—played a major role in the complete transformation from imperial Roman paganism to Christian society. This transformation was greatly aided by the Christian understanding of suffering. Unique among all cultures and beliefs, Christianity has a response to suffering that spurs us to greater love. The Roman world had no such response to suffering. The height of classical thought on suffering was stoic apathy: the philosophically-minded man practiced self-restraint to the point of being able to ignore suffering as inconsequential (apathy, from the Greek apathos, literally “without pathos,” that is, without suffering). To say this view is elitist is a severe understatement: only a well-off aristocrat with time to study and slaves to take care of work could imagine a world in which suffering was something that could be ignored. Pestilence crushes this ideal or renders it obscene. Whatever there is to say for a man unmoved by the death of friends and family remains better left unsaid.

For the Christian, however, suffering is to be embraced because it can unite us to Christ. When we stand before the crucifix and look up at Christ in what is simultaneously the moment of ultimate agony but also the greatest expression of love the world has ever known, suffering becomes suffused with sublime meaning. This union of the Christian’s suffering to that of Christ is exemplified by the martyrs who are willing to face torture and death for their beliefs. With this attitude toward suffering, the threat of pestilence could be seen not as senseless tragedy but rather an opportunity to live out the sublime love of the cross. In my next post, I will look in depth at the Plague of Cyprian (AD 251-266) and we will look at Cyprian’s own words in his work, De mortalitate where he considers pestilence in light of the Christian experience.