Hit enter to search or ESC to close
History

A Christian Response to Pestilence 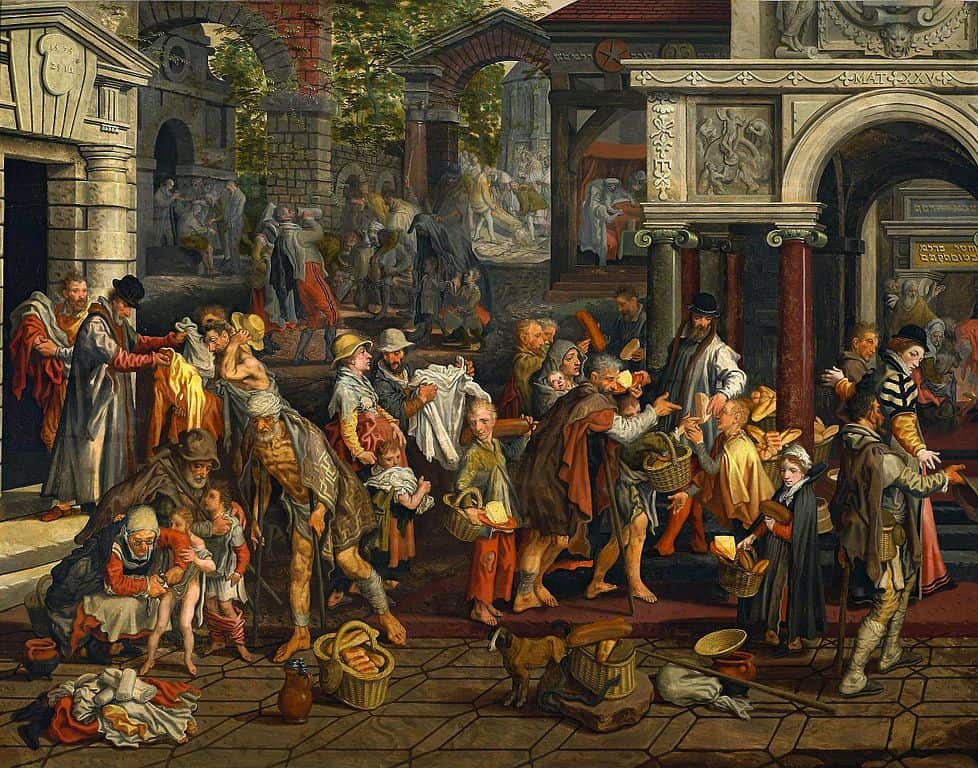 In the early centuries of Christianity, pagan Roman culture would continue to react to pestilence in the ancient way: find a scapegoat, sacrifice victims to the gods, and practice what we might call malicious social distancing—abandon the sick in order to avoid contagion. Christianity, with its categorically different understanding of suffering, provided a radically different way of responding to pestilence.

Pestilence shattered the Roman world in three epidemics: the Antonine Plague, AD 165-180, probably smallpox; the Cyprian Plague, AD 251-266, likely measles; and the Plague of Justinian, AD 540-542, the first definite appearance of bubonic plague and a pandemic that killed possibly 25% of the Mediterranean world. At the start of the first of these epidemics, AD 165, the Roman Empire was the master of the Mediterranean world and Christianity was a persecuted sect treated most often with derision and occasionally with inhuman cruelty. After the third of these epidemics, AD 542, the Roman past was lost forever and society was fully Christian. The timing was no coincidence.

During the Antonine Plague, Roman society blamed Christianity for the outbreaks. Many saw the pestilence as a sign of the gods’ anger at Roman toleration of the Christian religion. Traditional Romans viewed Christianity as an un-Roman, lunatic fringe. They derided what they saw as lunacy, but they severely punished what they saw as un-Roman: the Christian refusal to offer sacrifice to the pagan gods including the emperor. So when smallpox struck in AD 165, many Romans saw this as the Roman gods punishing their people for allowing these un-Roman Christians to exist. It is suggested that during this time period the phrase “throw the Christians to the lions” made its appearance as a sort of anti-pestilence policy slogan.

Beyond scapegoating the Christians, Romans who could flee the cities did. Galen, the most famous doctor of his day, whose textbooks would be used for over a thousand years, fled the city for his country estates. When pestilence strikes, fear is the immediate result: in every recorded account of pestilence, we find the tragedy of overwhelming death followed by the subsequent tragedy of fear dissolving all human bonds. Terrified of catching the disease, families bar their doors to friends and when a family member shows signs of illness, they often abandon even that family member. One of the most heart-wrenching accounts of pestilence includes a description of infected children thrown out of their house, begging to be let in, wandering the streets in misery and despair.

Christianity offered a very different response. As the rich citizens fled the measles epidemic of AD 251-266, St. Cyprian, bishop of Carthage, gathered his community and instructed them to tend to all in need of care, regardless of their faith. He wrote about the Christian approach to pestilence in his treatise, On the Mortality (the Latin word mortalitas is not restricted to the abstract sense of having death as a common destiny, but also has a concrete meaning of widespread death, and so is often used to describe lethal epidemics).

In this work, Cyprian addresses the concern and perhaps bewilderment amongst Christians that the pestilence affected themselves as well as pagans—a most distressing circumstance for anyone who shared the ancient belief that illness was directed at those who angered God:

But nevertheless it disturbs some that the power of this Disease attacks our people equally with the heathens, as if the Christian believed for this purpose, that he might have the enjoyment of the world and this life free from the contact of ills; and not as one who undergoes.

Cyprian argues that because the kingdom of God is not of this world, we can hardly expect easy living. Rather the Christian is “one who undergoes”—one who takes up his cross to follow Christ.

It disturbs some that this mortality is common to us with others; and yet what is there in this world which is not common to us with others, so long as this flesh of ours still remains, according to the law of our first birth, common to us with them? So long as we are here in the world, we are associated with the human race in fleshly equality, but are separated in spirit. Thus … famine makes no distinction; thus, when with the invasion of an enemy any city is taken, captivity at once desolates all . . . so long as this common flesh of ours is borne by us in the world.

Cyprian here radically confronts the ancient understanding of pestilence: it is not a unique marker of God’s displeasure at specific peoples: it is a reality of life after the Fall in this world broken by sin and death. Just as famine and war make no distinction between believer and non-believer, pestilence itself is part of this world of ours. Nothing in the gospels would lead us to expect the Christian community to be immune to disease. Rather the gospels tell us to respond to catastrophe with agape, love:

And further, beloved brethren, what is it, what a great thing is it, how pertinent, how necessary, that pestilence and plague which seems horrible and deadly, searches out the righteousness of each one, and examines the minds of the human race, to see whether they who are in health tend the sick; whether relations affectionately love their kindred; whether masters pity their languishing servants; whether physicians do not forsake the beseeching patients.

The historical record makes very clear that Christians took up the obligations of love even in these most difficult and dangerous circumstances. Rather than abandoning the sick, Christians tended not only other Christians, but even pagans. In a pestilence that caused many to abandon those in need of help, Christians tending to the sick saved many lives (even if the disease did not prove deadly, when one is too weak to feed oneself, being abandoned is a death sentence). Basic care—bringing food and to drink to the ill—saved many lives. It was precisely Christian love not just of friend, but even of enemy (remember that the Cyprian plague occurred during a time of persecution) that proved the truth of Christianity to many Romans.

One hundred years later, Julian the Apostate (ruled 361-363), the last pagan emperor, tried to reinstate the old pagan religion and found the primary obstacle to his success to be the benevolence and generosity of the Christian Church, as he grumbled to a friend in a letter: “the impious Galileans support our poor in addition to their own, that ours are seen to be in want of aid from us [i.e., pagans].” Tradition has it that Julian’s dying words were, “You have won, Galilean [i.e., Christ]”. Christ’s victory did not come from imperial decree but from the living example of Christian selflessness and love in time of fear.