The Limbo of the Fathers and the Harrowing of Hell 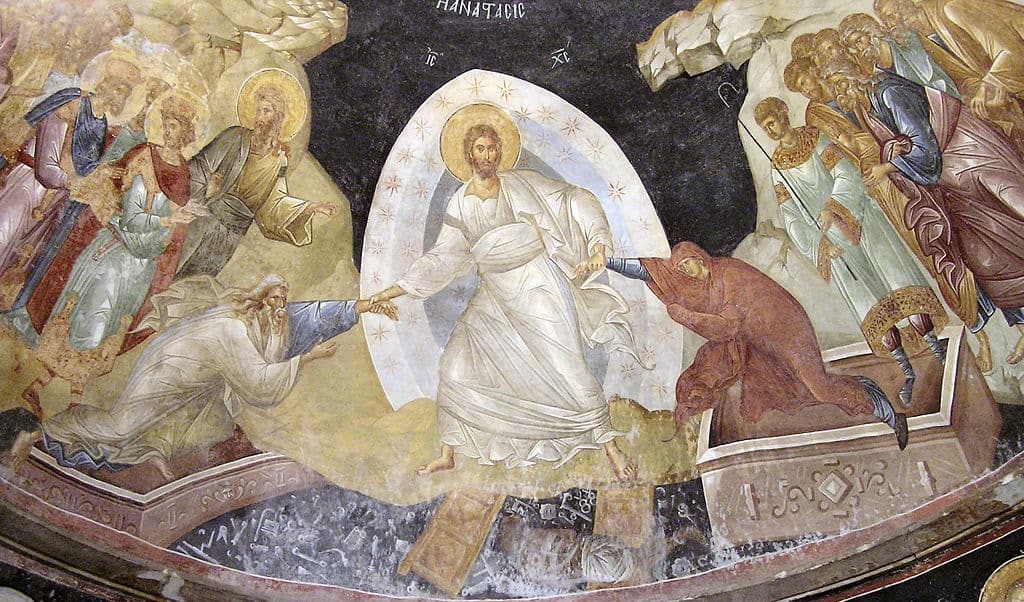 In the last article we looked at the insight Dante offers on the idea of the Limbo of Unbaptized Infants. In the same canto (Inferno IV,) Dante raises two related doctrinal questions, that of the limbus patrum, Limbo of the Fathers, and that of the Harrowing of Hell:

Tell me, my teacher, tell me, O my master,”
I began (wishing to have confirmed by him
the teachings of unerring Christian doctrine),

did any ever leave here, through his merit,
or with another’s help, and go to bliss?”
And he, who understood my hidden question,

answered: “I was a novice in this place
when I saw a mighty lord descend to us
who wore the sign of victory as his crown.

He took from us the shade of our first parent,
of Abel, his good son, of Noah, too,
and of obedient Moses, who made the laws;

Abram, the Patriarch, David the King,
Israel with his father and his children,
with Rachel, whom he worked so hard to win;

and many more he chose for blessedness;
and you should know, before these souls were taken,
no human soul had ever reached salvation. (Inf. IV.46-63)

The question is: what happened to all the prophets and patriarchs after they died but before Christ’s sacrifice on the cross? The answer is that before the sacrifice on the cross made salvation possible, the souls that would be saved went to a special subsection of hell referred to as the bosom of Abraham after the story of the rich man and Lazarus in Luke 16:19–31.

In that story, as we recall, the poor but righteous Lazarus wishes nothing more than to eat from the table scraps of the rich man who ignores him. When they both die, Lazarus is taken by angels to the “bosom of Abraham,” while the rich man is tormented by the fires of hell. Intriguingly, the rich man can see Lazarus and converse with Abraham (in theory he is also capable of conversing with Lazarus, although even in hell the rich man continues to ignore Lazarus and speaks only with Abraham).

This passage is used in support of the belief that the righteous souls who died before Christ were sort of cordoned off in a special non-torment section of hell where they awaited salvation. That salvation arrives when, as the Apostles’ Creed teaches, Christ “suffered under Pontius Pilate, was crucified, died and was buried; he descended into hell.”

The exact nature of Christ’s descent into hell continues to be debated, but one of its major purposes is to collect the souls of the righteous from the bosom of Abraham or the Limbo of the Fathers. This event is referred to as the Harrowing of Hell and it has been immensely popular for visual representation. In the Eastern Church, the image is the most important Easter theme and is simply known as The Resurrection or, in Greek, Anastasis (the name “Anastasia” comes from the same word and simply means “of the resurrection”; it was traditionally given to girls born around Easter). The 14th century Byzantine fresco of the Anastasis in the Church of the Holy Savior in Khora, Istanbul at the top of this post is an excellent example. 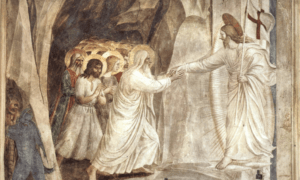 In the western Church, the scene was less important, but it was still a common depiction in the Middle Ages and Renaissance. Perhaps the best example is Fra Angelico’s depiction in San Marco’s in Florence, Italy, showing Christ appearing in victory to rescue the souls of the Prophets and Patriarchs.

The Harrowing of Hell is the one single moment of history that we encounter repeatedly in Dante’s Inferno. In the fiction of Inferno, Christ’s triumphant entry is still marked as Dante frequently passes ruins and heaps of rubble as he traverses hell. These markers resulted, we are told, from an earthquake which occurred at

“the coming of that One
who took from Hell’s first circle the great spoil,
that this abyss of stench, from top to bottom
began to shake, so I thought the universe
felt love. (Inf. XII.38-42)

The earthquake that marked Christ’s death recorded in the gospels is used by Dante and applied with pure logic to also rend the structural integrity of hell, as the eternal prison experiences prison break, one caused by the greatest act of love in history.