By Denise Gustafson February 22, 2019 No Comments 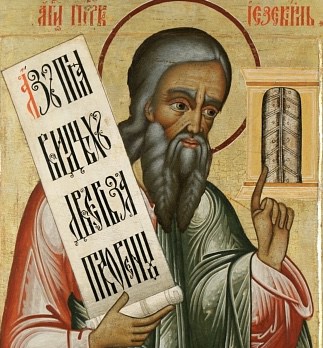 Lessons from “The Boys”: Ezekiel on Moral Relativism

For a number of years I have been blessed to teach the Prophets for the Biblical School, and I have affectionately come to refer to them as “The Boys.” What is so amazing about the prophets, as with all Scripture, is that the messages they delivered are just as applicable and relevant in our time as they were 2800 years ago.

In Ezekiel, God calls the prophet to be a watchman for the house of Israel. This is no small task, but it is pretty straightforward. It is Ezekiel’s duty, as a watchman, to warn Israel of approaching danger: if they do not turn from their evil ways, God’s judgment will soon be upon them. But here is the kicker: if Ezekiel fails in his duty to be a watchman, there will be grave consequences—not only for Israel, but for Ezekiel as well. If, on the other hand, Ezekiel does warn Israel of their errant ways, his life will be spared—regardless of Israel’s response.

Called to be Watchmen

What relevance do these words hold for us today? I would suggest that we are all called to be God’s watchmen, and as such, we all have a responsibility to correct and admonish the sinner.

After all, doesn’t the Catholic Church teach us this in the Spiritual Works of Mercy?

The spiritual works of mercy are ordered toward the care of the soul. These are not suggestions put forth by the Church—they are obligations. Just as Ezekiel was obliged to admonish the sinners of his generation, we are called to do the same. And we have our work cut out for us!

We live in an age of moral relativism—a time of widespread belief that there is no absolute or objective moral truth. In other words, morality has become a matter of opinion: “What’s right for you may be right for you, but don’t tell me what’s right or wrong for me!”

One consequence of this pervasive moral relativism is that the lines between good and evil have become blurred, if not completely erased. Like the Israelites in the period of the Judges, everyone does what is right in his or her own eyes (Judges 17:6; 21:5). I would take this one step further and propose that moral relativism is in direct opposition to truth, and if God is truth (John 14:6), is it any wonder our culture is where it is today? If God has been removed from our culture, then truth has been removed, and we are left with moral relativism. Everyone decides for himself or herself what is good and what is evil, because without God there is no absolute truth.

Like Ezekiel, we are called to be watchmen. We are obligated to warn people of the impending danger they are bringing upon their souls. Our culture will cover the gravest moral atrocities with noble sounding language. For example, “pro-abortion” is called “pro-choice” and “euthanasia” or “mercy killing” are terms used for murder. As Catholics we have the fullness of the truth. By virtue of our Baptism we are called to be prophets, that is, to speak the word of God. We are called to speak the truth. Are we doing so?

I believe we are often afraid to offend by speaking the truth when in reality a gentle correction could have a great effect. For example, during my years of volunteer work in the county jail, abortion would frequently come up. I never judged the women, but I would walk them through the Church’s teaching. I cannot begin to count the number of women who dissolved into tears when they realized the gravity of their decisions. Through the guidance of the Holy Spirit, they heard truths they had never heard before, and lives were changed. These are truths our culture will never proclaim, but we are called to do so.

Speak the Truth in Love

In this age of political correctness, we often shy away from speaking the truth. Again, we don’t want to offend, and we don’t want to appear controversial. In his daily reflection series In Conversation with God, Father Francis Fernandez writes, “We all have an inner aversion from being put to shame before others. But this sacrifice, if we make it, will be the cause of our greatest joy—to take a stand for Jesus Christ, whenever and whatever the circumstances require it. We can be assured that we will never regret being true to our Christian beliefs.”

I will conclude with a quote from a reflection on the first spiritual work of mercy by Monsignor Charles Pope:

“The word ‘admonish’ comes from the Latin verb monere meaning to warn, advise, or alert someone to a threat or danger. As such, its purpose is the good of another; it is an act of love and concern. To admonish the sinner is not to belittle or humiliate him, but rather to alert him to the danger of a sinful course of action. It is rooted in love, not pride. And thus St. Thomas enumerates fraternal correction among the acts of charity.”