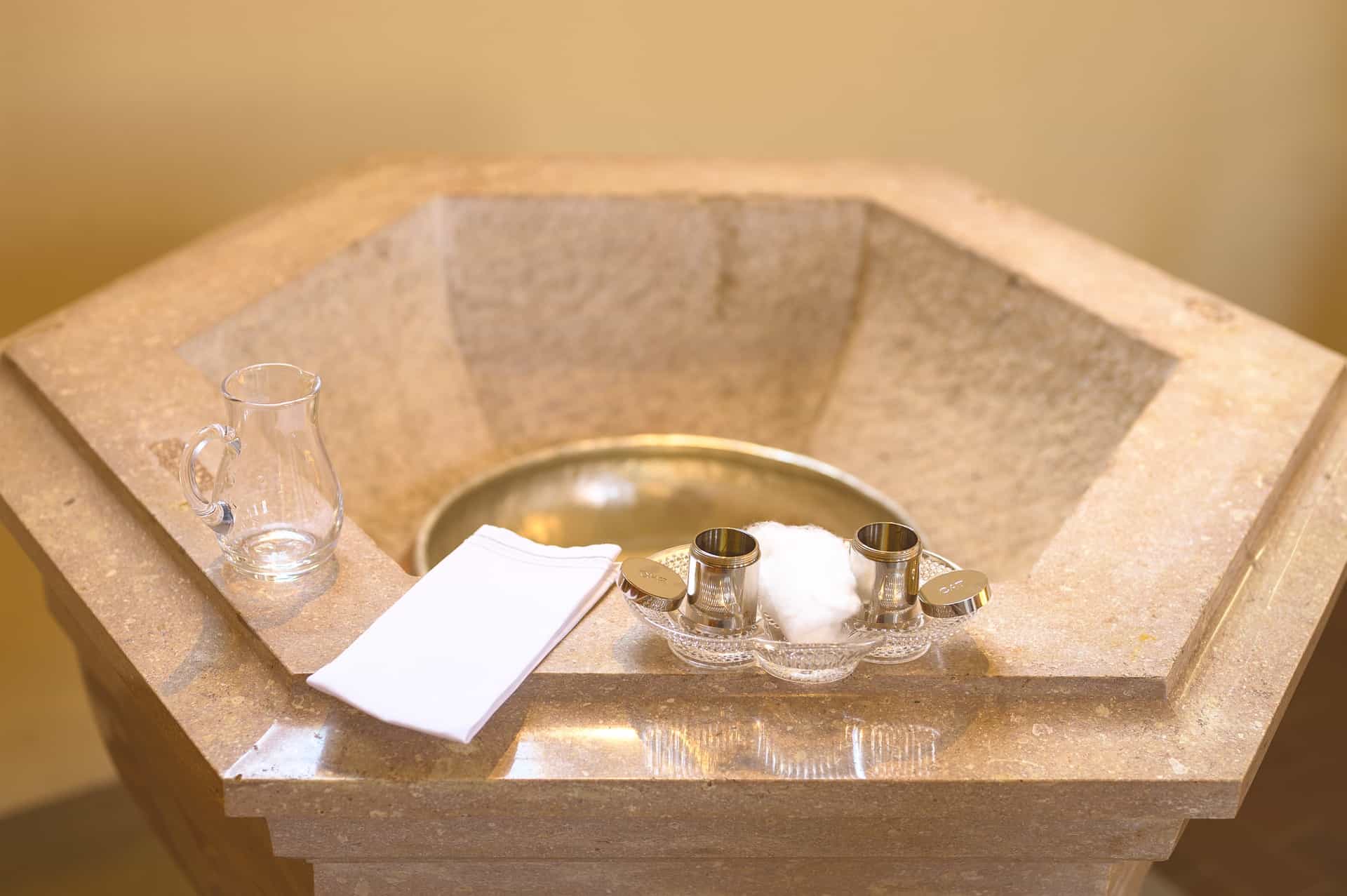 Last week we took a quick look as to why the proper use of the pronoun “I”—and not “we”—is an essential element of the formula (or sacred words) necessary to baptize someone. This week we will look at yet another question/objection from an astute learner from my class who pressed even further into the matter by pointing out something very clever.*

Her question was a good one. If we accept that words matter, but there are different words used in different rites, then what is the issue with changing one word in a formula?

The answer lies with authority. The human person presiding over the sacrament does not have the authority to change the language of the ritual. Indeed, the ritual is not his to change. He is the steward of the liturgy and not its master. He did not create it, he received it, and as such he has no authority to do with it as he wishes.

His authority does not stop with creation. Indeed, “Man is dependent on his Creator and subject to the laws of creation and to the moral norms that govern the use of his freedom” (CCC 396). It makes sense, then, that things go so very poorly when the Divine Authority is ignored or attempts are made to circumvent it. Take, for example, the Fall. Adam and Eve were permitted—authorized if you will—to take from any tree of the Garden except the tree in the middle of the Garden. In choosing their own way and ignoring God’s authority to govern their lives, they sinned against God and set the stage for a good amount of the mess you and I currently find ourselves in.

To sum up then, changing even one word, even just a pronoun, when one does not have the authority to do so, especially when dealing with something so sacred, is not only wrong but it should come as no surprise when the result we get isn’t what we expected or wanted.

*By the way, Jessica, thanks for the question and for being such a keen student and active observer.