Widows and Orphans and Sojourners—Oh My! 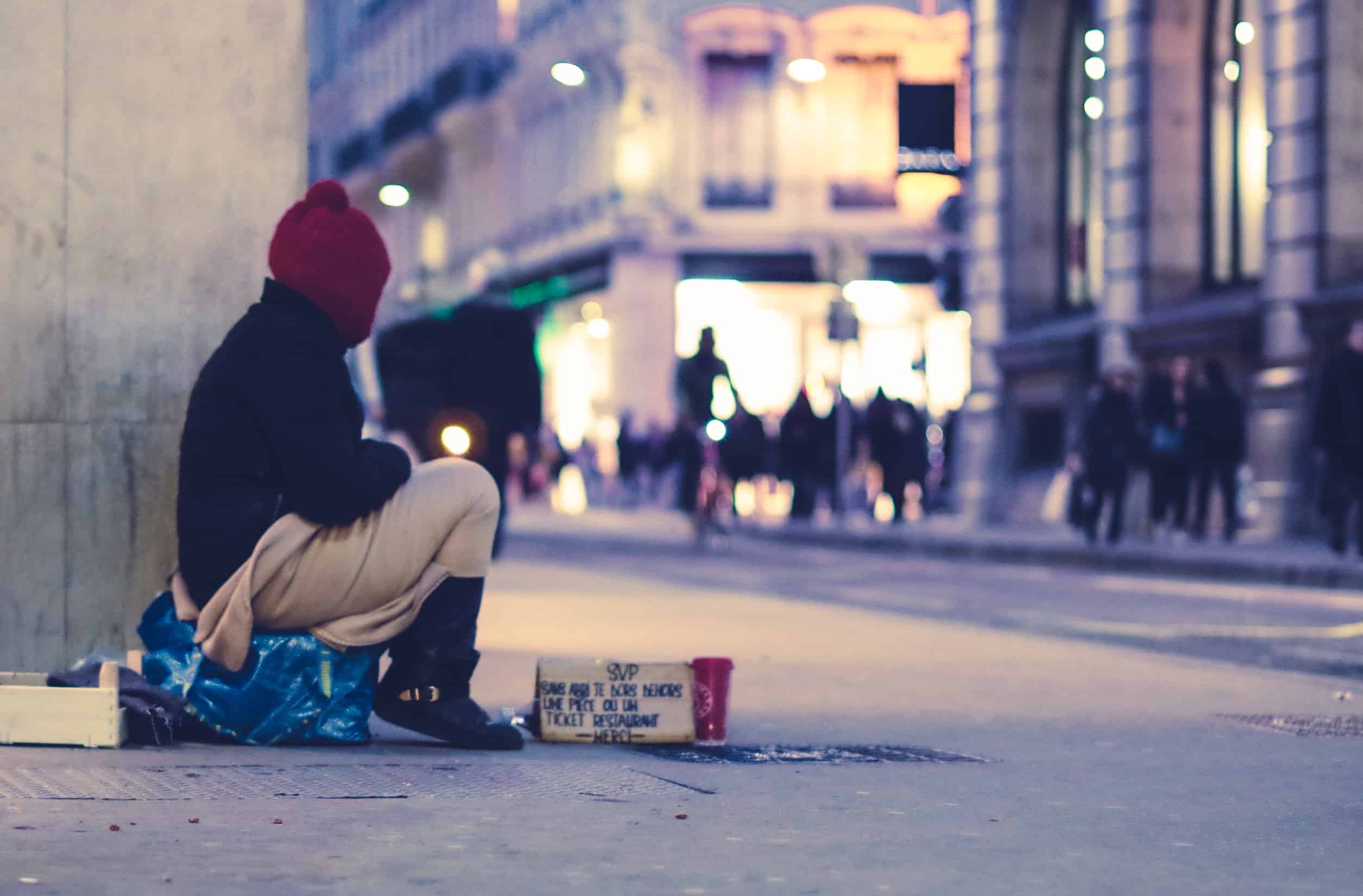 I found myself praying the words of Peter the other day, “Depart from me O Lord for I am a sinful man” (Luke 5:8). What circumstances would prompt me to think such a thing?

Well, on any given day I am confronted with a barrage of what one might call “sign-holders.” I’m sure many of you encounter them too—the men and women who stand on street corners with signs, often very cleverly worded, trying to convince you to turn over some of your cash to them.

If we are not careful, over time we stop seeing them. Or, what is perhaps worse, we begin to intentionally avoid them: crossing the street or changing lanes to avoid making any contact. I must admit, I have been guilty of this avoidance. I think it’s as if we become like Dorothy and her companions in Oz’s haunted forest, but instead of chanting “lions, and tigers, and bears—oh my!” we chant “widows, and orphans, and sojourners—oh my!” I caught myself doing this the other day as I turned a blind eye to someone who was asking for help. Thus the thought, “Depart from me O Lord for I am a sinful man!”

The Least of These

When I did this, I suddenly felt like Peter when he was walking on water and took his eyes off the Lord and began to sink. When I diverted my eyes from this person in need, I felt as if I began to sink. The next thought was, “…Then he will answer them, ‘Truly, I say to you, as you did it not to one of the least of these, you did it not to me’” (Matthew 25:45). Ouch…that hurts! I didn’t just turn my eyes away from a stranger with a sign—I turned my eyes away from Christ.

The ancient Hebrews had a different concept of the “evil eye” than we do. Proverbs 23:6 tells us, “Do not eat the bread of a man who is stingy” (Revised Standard Version). But in the Hebrew it is literally a warning not to eat “the bread of the evil eye.” To the Hebrews, the evil eye meant to turn a blind eye to the poor and suffering: the widow, the orphan, and the sojourner.

As far back as Exodus, we see God writing preferential treatment and protection into the law for certain people in need—specifically the widow and the orphan (Exodus 22:22). God states that He will hear the cry of the afflicted widows and orphans and will kill the afflicters with a sword. We see protection also extended to sojourners in Deuteronomy (Deuteronomy 24:10, 14:20, 26:12, and 27:19). The Lord puts these provisions into his law to ensure care for the poor and needy. The law protects them from those who would ignore—or even increase—their suffering for their own benefit. God’s particular care is so personal that Scripture says the Lord himself executes justice for the widows, the orphans, and the sojourner, providing for them food and clothing (Deuteronomy 10:18). He teaches his people how to respond to suffering through these laws guiding them to care for the weakest and neediest.

Widows, Orphans, and Sojourners of Today

The Old Testament reiterates God’s care for the poor over and over, but why the emphasis on widows, orphans, and sojourners in particular? The Church Fathers and other commenters on Sacred Scripture saw an important symbolism in these particular groups of suffering people.

In Scripture, marriage is a symbol of fullness in the domestic life, whereas widowhood symbolizes loss and emptiness. Isaiah referred to Israel as a widow to show that God relieves suffering and redeems his people (Isaiah 54:4–5). Bede and Augustine saw the poor widow as representing the Church. She is poor because she has cast away her sins and the spirit of pride, as if they were worldly riches. She is a widow because her Husband endured death for her. Widows today take many forms; we must be the hands of Christ to all those suffering loss and emptiness.

In Scripture orphans symbolize the epitome of loss, defenselessness, and the unraveling of society. Their great need demands advocacy. They are separated from their father—their source of provision and protection—and so God himself protects them. This reminds us of our absolute dependency on God for his perfect provision and protection. In John 14:18 Jesus assures his disciples that He will not leave them as orphans; He will come to them through his Resurrection and then after his Ascension the Holy Spirit will protect and provide for his vulnerable disciples. We too are called to help the many kinds of orphans found everywhere in our society.

The sojourners of Scripture—those who are traveling and living far from their home—symbolize the people of God who are pilgrims and strangers in this world while they journey toward their true home in heaven. To be a stranger in the land is to physically endure the consequences of sin: exile, defenselessness, unfulfilled longing for one’s true home. We ourselves, as Christians, are spiritual sojourners in this world and should provide care and sustenance for fellow sojourners who are far from their home—physically or spiritually.

God provides for these groups out of his divine charity, but He uses his faithful people to provide this care. James tells us, “Religion that is pure and undefiled before God and the Father is this: to visit orphans and widows in their affliction, and to keep oneself unstained from the world” (James 1:27). God Himself responds to the cries of the poor and the needy who suffer the pains of injustice. In the next installment in this series on suffering, we will explore how God uses us to restore justice through an act of sacrificial love: almsgiving.

Is it always possible or practical to help everyone physically that we cross paths with? No, but we must maintain an open heart to listen for the voice of God calling us to help that one person he put in our path to help. The least help we can offer—which is really the greatest of helps—is to offer up a prayer for that person. Remember in Acts 3:6 where Peter says to the beggar, “Silver or gold I do not have, but what I do have I give you.” This small act of prayer is also an act of sacrificial love, a giving of our self for the benefit of another.