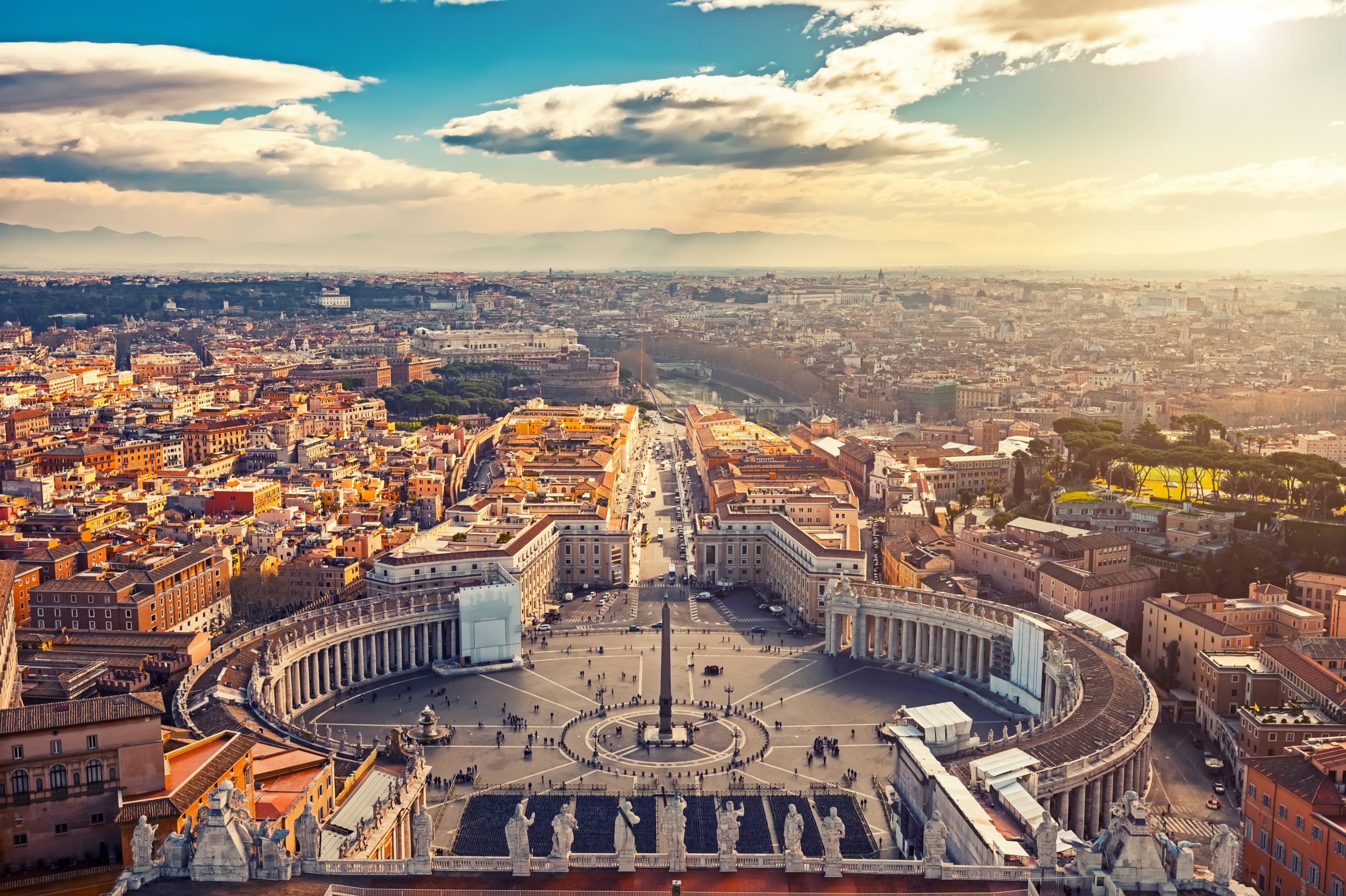 In the first year of the Catechetical School students study the universality of the Church. This universality is derived, in part, from the fact that Christ Himself has mandated, “Go therefore and make disciples of all nations” (Matthew 28:18).

We have heard this statement enough that perhaps it has lost its sting. When studying some of the underpinnings of this commandment, however, one student in particular was struck mightily. He slammed his first on the table while simultaneously standing rim rod straight. “That is it!” he exclaimed. “That is why the Church is so imperialistic!” Between his disruptive outburst and the startling use of the word “imperialistic,” I was compelled to ask him for an explanation.

He was looking at Catechism of the Catholic Church paragraph 760 which reads in part, “the world is made for the sake of the church.” Spring boarding from this one statement he built the following narrative:

Adam and Eve, made in Original Justice, had been given dominion over the entire earth. In their rebellion, however, they “signed over their rights”—so to speak—of this dominion to the devil. As a result, ever since the Fall, the world has given sway to the power of the evil one. Christ, in God’s providence, came to destroy the kingdom of Satan and replace it with the kingdom of Heaven. The Church is the seed form of that kingdom here on earth. The Church exists to continue the very mission of Christ. Therefore, the Church, in conjunction with her missionary mandate, is to take back “stolen” property and land on behalf of Christ and his kingdom. That is why the Church on earth is known as the Church Militant.

While this is not exactly how I would have put it, I was impressed with the comprehensiveness of thought this student demonstrated. But before I could offer a correction of nuance, the rest of the class also connected these catechetical dots and a general clamor broke out in the room. Indeed, the whole student body excitedly vied to point out various avenues in which this “imperialistic” Church operates.

One pointed out that exorcism, as defined by the Catechism, is “the authoritative act of the Church to protect or liberate a person or object from the power of the devil” (CCC Glossary). Liberation was interpreted to mean “taking back,” and “objects”—which certainly meant “things”—were also interpreted to mean places, as in “lands.”

Another argued that temperance, which is the “the moral virtue that moderates the attraction of pleasures and provides balance in the use of created goods” (CCC 1809), teaches us to give everything over to the Lord as is proper to “soldiers plundering the kingdom of Satan” on behalf of their filial Lord. Yet another recognized that our office of kingship, entered into via the graces of Baptism, demands that we continue the attack on Satan’s dominion. After all, the promise that the gates of hell will never prevail against the Church (see Matthew 16:18) implies a posture of assault, not defense.

Clearly, I lost control of the lecture that day. In as much as it had it been usurped by a fervor of new insights all characterized by truth, I let it continue for some time.  Connection after connection was made, some even involving the Lord’s Prayer. Towards the end of the class, I could not agree that the Church would ever see fit to characterize herself as imperialistic. Imperialism connotes the removal of religious freedom, which clearly the Church demands of the world (see CCC 1738). Yet there was something beautiful in the students’ new-found enthusiasm as the truth of the Church’s missionary nature continued to unfold.

It made me wonder if similar musings—back in 1948 in a small community called Trujillo, Colorado—are what motivated the bishop to slap my father during his Confirmation Mass, commanding him to rise, “a soldier in Christ’s army!”

It was—and is—something to ponder.