He Descended into Where?! 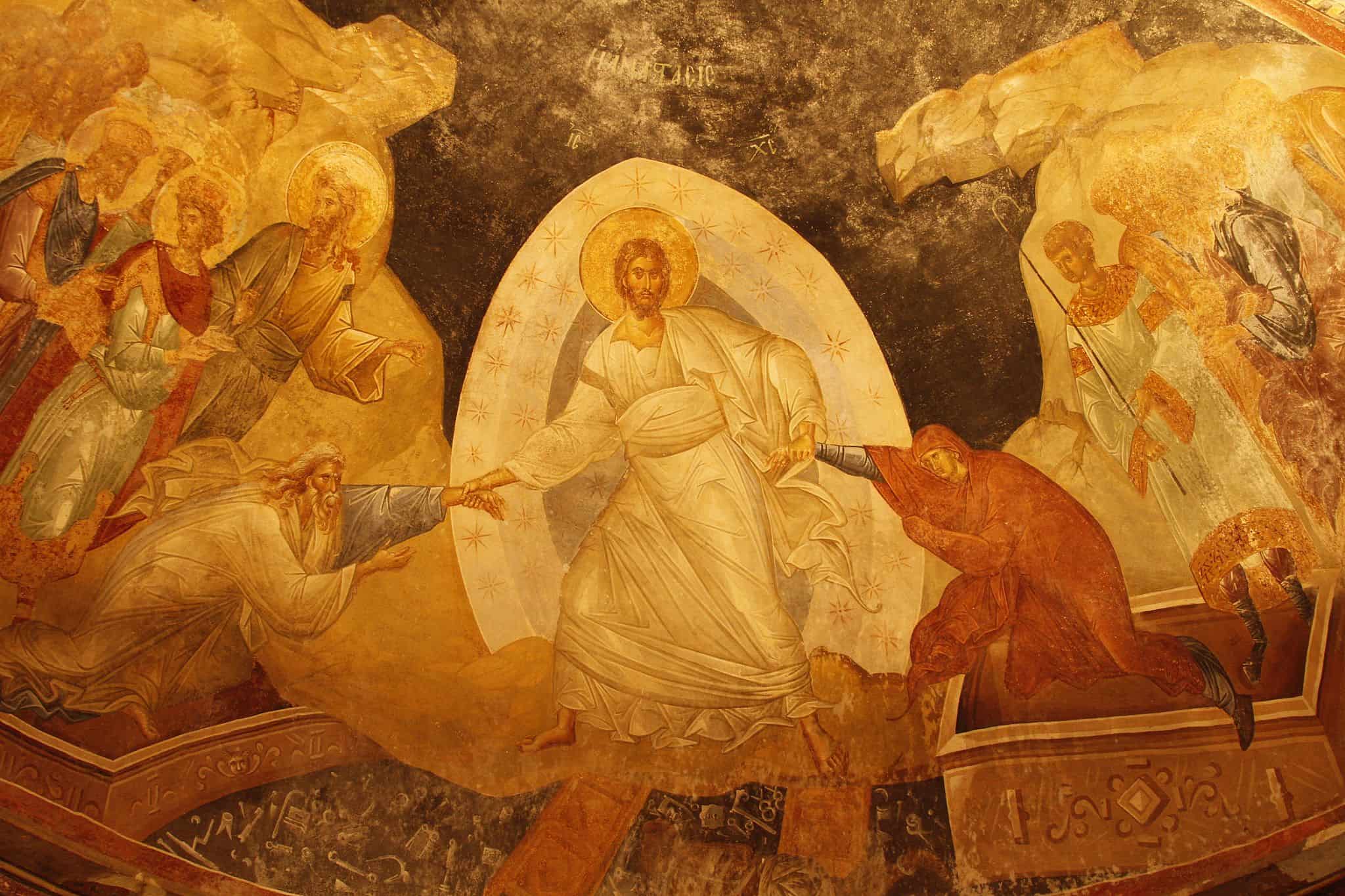 In the Apostles Creed, we confess that Jesus Christ, “descended into hell.” This begs a very good question: “What in hell was He doing there?!” What a marvelous question to ask, and what glorious answers the Church offers for our consideration. In this article, however, I will limit my comments to explaining what we mean when we say “hell” and a brief note about what Jesus was doing there. This will be far from exhaustive.

To answer, “why Jesus descended into hell?” we first have to understand that in no way was Jesus condemned to the hell of the damned. In discussing Jesus’ descent into hell, the Catechism of the Council of Trent distinguishes between three different abodes or states of those who have died but have not entered into heaven. (Though I will use the designation of first, second and third, I am in no way designating anything other than a simple way of referring to them in this article.)

The first meaning of “hell” is that state which we usually we mean when we use the word “hell” in our common English. It is that miserable place where unrepentant souls go. The Catechism of the Council of Trent describes this abode as, “that most loathsome and dark prison, in which the souls of the damned, together with the unclean spirits, are tortured in eternal and inextinguishable fire.” Certainly not a place any of us should aspire to end up.

The second abode is purgatory, that place of final purification where just souls are “purified by punishment for a stated time, to the end that they may be admitted into their eternal country.” This abode of “hell” is actually quite the gift of mercy as it is a temporary state which equips one to live forever in heaven. Perhaps we can speak more about this in a future blog post.

It is the third abode of hell, however, that is of special interest to us now. This third abode, of which we rarely think when we use the word “hell,” is often referred to as Abraham’s Bosom. It is also known as the Limbo of the Fathers. The Catechism of the Council of Trent describes this abode of hell as a sort of “receptacle in which were received the souls of the saints who died before the coming of Christ our Lord; and where, without any sense of pain, sustained by the blessed hope of redemption, they enjoyed a tranquil abode.”

In other words, this Limbo of the Fathers was something like a holding cell for those who lived lives of righteousness but were nonetheless deprived of the glory of heaven because the gates of heaven were closed by the sin of Adam and Eve. Even though these souls enjoyed a tranquil abode, we are told that their existence was far from perfect. The Catechism of the Council of Trent puts it this way, “though exempt from other pain, yet deprived of the sight of God, [they] were tortured with suspense by the hope deferred of the blessed glory which they expected.” Elsewhere the same Catechism speaks of these Just Ones as “captives” and their captivity was characterized by “miserable wearisomeness.”

I have often wondered if this delay and deferment of hope is something like having one’s wedding date pushed back unexpectedly days before the ceremony was to originally take place.

In any case, Jesus descended into hell to preach the good news and to liberate all these just souls and usher them into heaven. What a triumphant moment that must have been!

So the next time you recite, “He descended into hell,” speak a word of thanks to Jesus for His mercy and give a nod to all those folks, from every culture and tongue, who were set free that day—and don’t forget to ask them to whisper a prayer to The Liberator on your behalf.