Reflections on the Christmas Readings 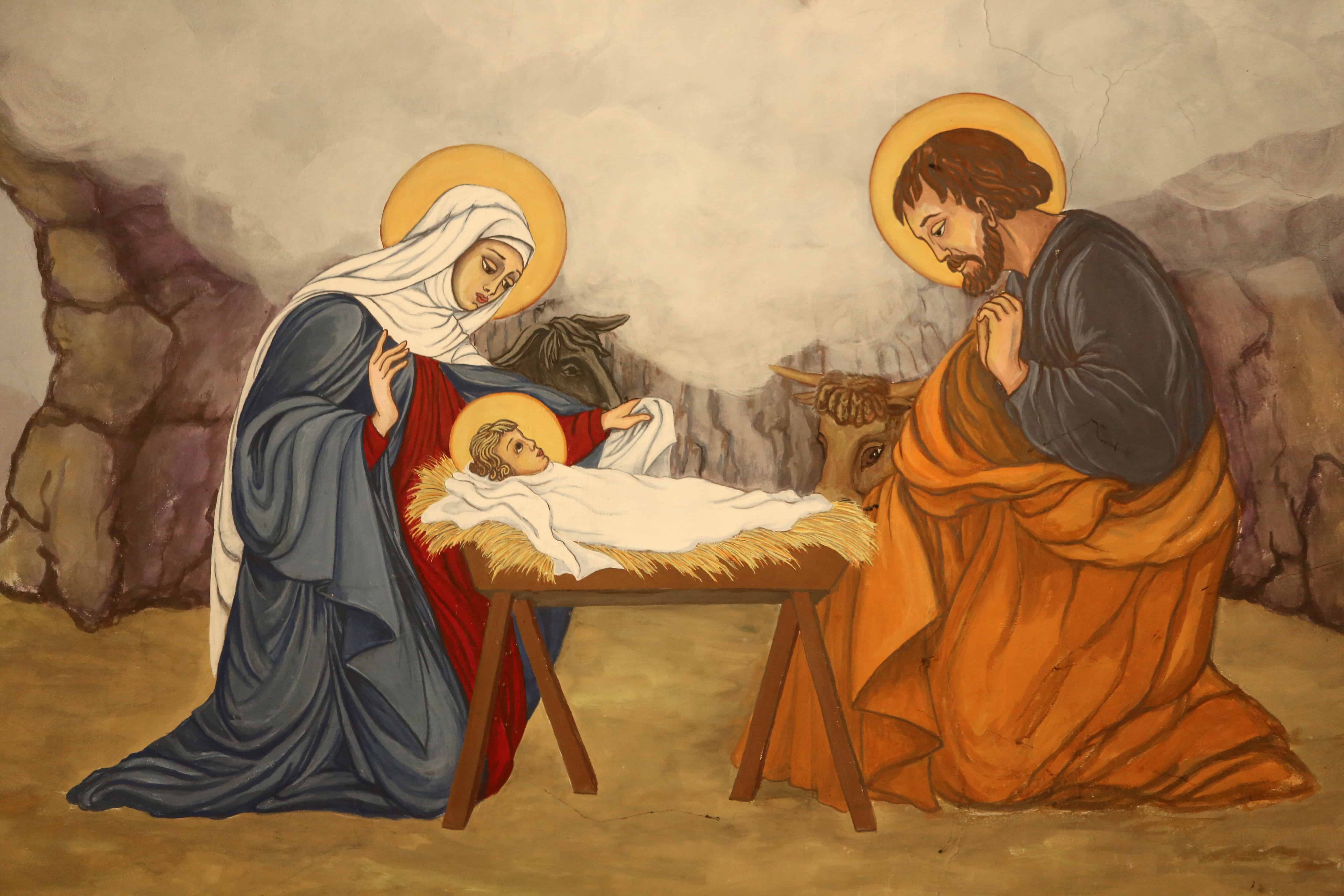 I love a good Christmas hymn: Silent Night accompanied simply on guitar, the plaintive notes of I Wonder as I Wander, a capella four-part harmony to Lo, How a Rose E’er Blooming, and an exuberant, brass-filled rendition of Joy to the World.

Two hymns, though, stand out for me, bringing to life the mystery of the Incarnation: Of the Father’s Love Begotten and What Child is This. The former is a hymn of the Trinity, the prophecies of the Old Testament, the role of the Blessed Virgin Mary, the universal call to worship and adore our God and King, and the promise of eternity. The latter is a wonderful juxtaposition of reverent verses and loud, all-out praise in the refrain. We stand in wonder and awe at the eternal Word made flesh who came to free us from sin and death through his Paschal Mystery. What child is this? He is the only begotten Son of the Father, conceived by the Holy Spirit and born of the Virgin Mary, come as Savior for the world.

Foretold by the Prophets

The Catechism of the Catholic Church tells us,

“The coming of God’s Son to earth is an event of such immensity that God willed to prepare for it over centuries. He makes everything converge on Christ: all the rituals and sacrifices, figures and symbols of the ‘First Covenant.’ He announces him through the mouths of the prophets who succeeded one another in Israel. Moreover, he awakens in the heart of the pagans a dim expectation of this coming” (522).

In all four of the Christmas liturgies (Vigil Mass, Mass During the Night, Mass at Dawn, and Mass During the Day) the first readings are taken from Isaiah, with selections from chapters 9, 57 and 62. Read in the light of the New Testament, these passages speak of how “The people who walked in darkness have seen a great light (Isaiah 9:1); singing, “All the ends of the earth will behold the salvation of God (57:10); that just “As a bridegroom rejoices in his bride so shall your God rejoice in you” (62:5); and, “Say to daughter Zion, your savior comes!” (62:11).

The second reading from Acts and the Gospel at the Vigil Mass on Christmas Eve continue to explore the promise of salvation throughout the economy. Paul speaks of how God chose Israel as his People, leading them out of Egypt and raising up David as king. It is through David’s descendants that the Savior will come.

This is the perfect lead-in to the Vigil’s Gospel from Matthew, outlining the genealogy of Jesus, tracing this line from Abraham to Jacob, the father of Joseph, the husband of Mary. It is also in this Gospel that we hear of Joseph’s dream where the angel tells him to take Mary as his spouse, fulfilling the prophesy that a virgin shall conceive and bear a son, and they shall name him Emmanuel. (Encourage your pastors to use the full reading rather than the shorter form!)

The Incarnation, prepared for by God throughout history, points us to the saving action of Christ. “The Word became flesh for us in order to save us by reconciling us with God, who loved us and sent his Son to be expiation for our sins” (CCC 457). In the gentleness and quiet of the baby in a manger, it’s easy to forget the reason the Word became Flesh.

The second readings for the Mass During the Night, the Mass at Dawn, and the Mass During the Day (two from Titus and one from Hebrews) are powerful reminders of God’s mercy. These epistles of Christmas exhort us to reject sin and live according to the Law of Love. We are not allowed to forget the Passion even as we celebrate the Incarnation. And if we miss that message in the Scriptures, the second verse of What Child is This reminds us that, “for sinners here, the silent Word is pleading.”

Away in a Manger

The Gospels of Christmas are well-loved. Matthew’s account is the one from the Vigil Mass. The Church turns to Luke’s Gospel for the Mass During the Night and the Mass at Dawn. At the Mass during the Night we hear of the decree of Caesar Augustus and the travels of Mary and Joseph to Bethlehem. In this passage Mary wraps the infant in swaddling clothes and the angels announce the glad tidings to the shepherds in the field, singing Glory to God in the highest! (Remember that during the Sundays of Advent the Gloria is omitted, returning on Christmas.)

The second part of Luke’s story is proclaimed at the Mass at Dawn. Here the shepherds travel to Bethlehem to see the infant lying in the manger. They then spread the good news to others. It is in this Gospel that we hear how Mary kept all these things in her heart.

The beauty and familiarity of these infancy narratives are underpinned by the message in chapter one of John’s Gospel, which is proclaimed on Christmas Day. “In the beginning was the Word, and the Word was with God and the Word was God (John 1:1). Here the divinity of the Son is clearly defined. And a little later, “And the Word became flesh and made his dwelling among us, and we saw his glory, the glory as of the Father’s only Son, full of grace and truth.” The mystery of the Incarnation reveals to us that Jesus is fully divine and fully human. We again turn to the Catechism:

“The unique and altogether singular event of the Incarnation of the Son of God does not mean that Jesus Christ is part God and part man, nor does it imply that he is the result of a confused mixture of the divine and the human. He became truly man while remaining truly God. Jesus Christ is true God and true man” (464).

The Church in her wisdom celebrates the true beauty and depth of the Incarnation in her four Christmas liturgies. The words to Of the Father’s Love Begotten echo out for us, “O ye heights of heaven adore him; angel hosts, his praises sing; all dominions bow before him, and extol our God and King; let no tongue on earth be silent, every voice in concert ring, ever more and ever more. Amen.”