Hit enter to search or ESC to close
SaintsScriptureSpiritual Life

Biblical Grandparenting: God’s Secret Weapon to Pass on the Faith

By Sandy Wanzeck November 2, 2022 No Comments 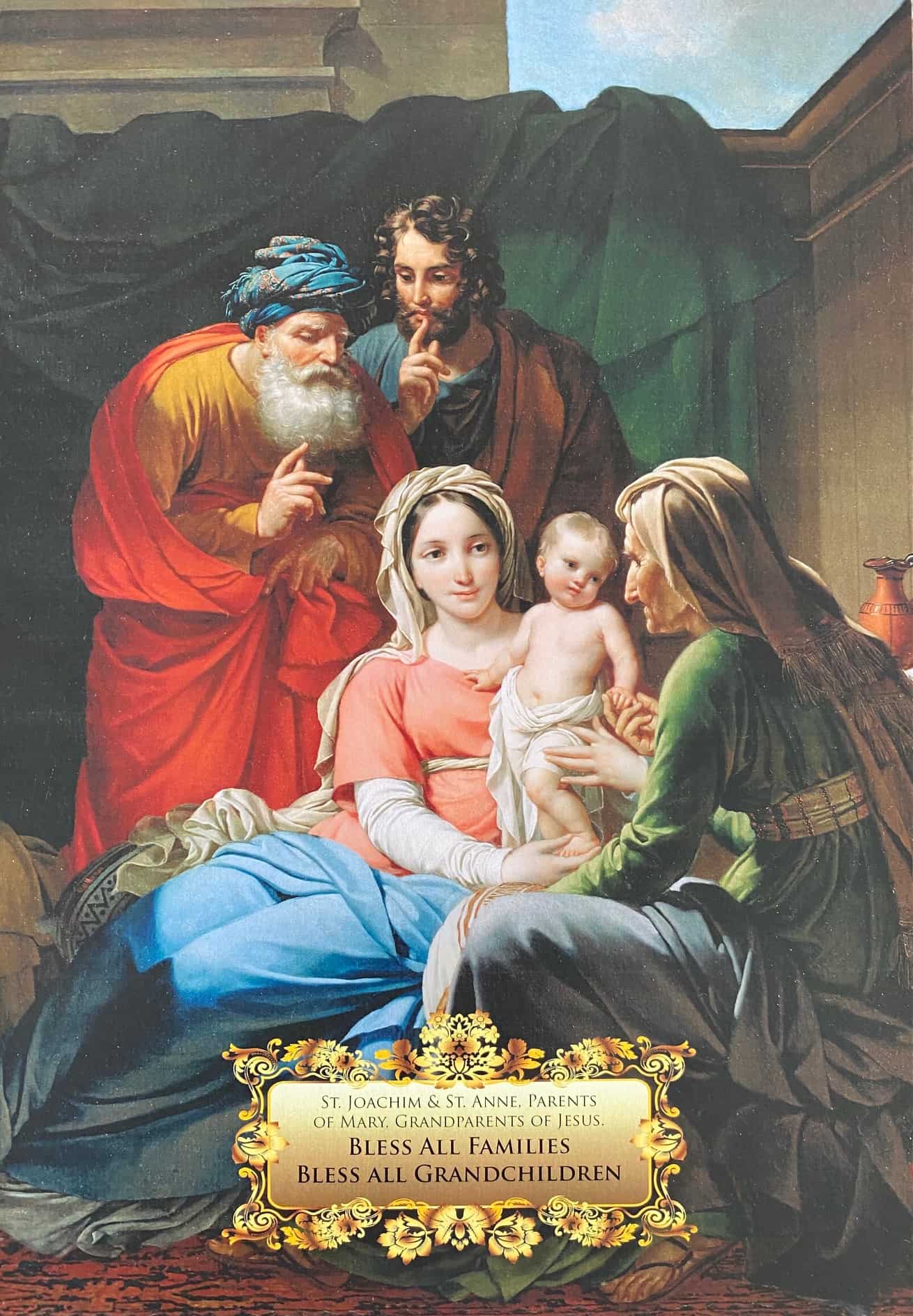 Biblical Grandparenting: God’s Secret Weapon to Pass on the Faith

In anticipation of our Workshop tomorrow morning at Light of the World parish, we present the below blog from the instructor (Sandy Wanzeck) as a preview of the material. CLICK HERE to learn more and to register.

God has a secret weapon for defending and passing on the faith and that secret weapon is…GRANDPARENTS! Today’s culture teaches that when a person reaches retirement age, you are done working and raising children.  It is time to eat, drink, and be merry. Focus on your own pleasure. You have earned it! This is in stark contrast to the Biblical view that grandparents play a vital role in passing the faith on to their grandchildren. The greatest work of your life actually comes in your later years!

At first glance, it appears the Bible has little to say about the role of grandparents. In fact, the word grandparent only appears twice! However, if you look at phrases such as old age, children’s children, and generations, it provides a much fuller story. Even the word son may actually refer to a grandson. For instance, in the book of Ruth, when Naomi’s grandchild was born, we read, “A son has been born to Naomi.”  Here are some examples of God’s instructions for grandparents:

“O God from my youth you have taught me, and I still proclaim your wondrous deeds. So even to old age and gray hairs, O God, do not forsake me until I proclaim your might to all the generations to come.” (Psalm 71:17-18)

“Grandchildren are the crown of the Aged.” (Proverbs 17:6)

“Only take heed, and keep your soul diligently, lest you forget the things which your eyes have seen, and lest they depart from your heart all the days of your life; make them known to your children and your children’s children.” (Deuteronomy 4:9)

Dreams for your Grandchild

What are your dreams for your grandchild? What virtues and habits do you want them to have? We want them to be kind, honest, trustworthy, patient, fair, disciplined, pure, holy. We want them to know, love, and serve Jesus in this life and be happy with Him forever in the next.  We want them to go to Mass and receive the sacraments regularly. These things are not just going to happen magically on their own!  As grandparents we must actively assist the parents in instilling these virtues and habits through the gifts of love, time, prayer, and modelling a holy life.

Resources for the Mission

Fortunately, there are numerous books, websites, and associations, such as the Catholic Grandparents’ Association, in addition to many examples from the Bible and lives of the Saints to follow. Jesus had grandparents! Saint Macrina the Elder raised her grandchildren…who all became saints themselves. Tobit was raised to be a godly man by his grandmother Deborah. And Timothy, who would become the first bishop of Ephesus, received his faith from his grandmother Lois and mother Eunice. We can also look at the example of our own grandparents and seek the wisdom of our peers with whom we share the goal of passing the faith to our grandchildren!

This, and so much more, is what we’ll address in my Grandparents’ Workshop tomorrow morning at Light of the World. I invite you to join me!  Come see what the Bible has to say about your later years and what steps you can take to pass on your legacy of faith.

Sandy Wanzeck has been an instructor for the SJV Lay Division since 2012. She has an M.A. in Biblical Theology from the Augustine Institute and a B.A. in Business Administration from West Texas A & M University. Sandy is also a graduate of the Lay Division's four-year Denver Catholic Biblical School and two-year Catechetical School programs and is a certified “Discover Your God-Given Gifts” instructor. Sandy and her husband, Tom, are blessed to live in Denver near their three daughters, sons-in-law, and grandchildren.