Cleaning the Peanut Butter from our Spiritual Ears 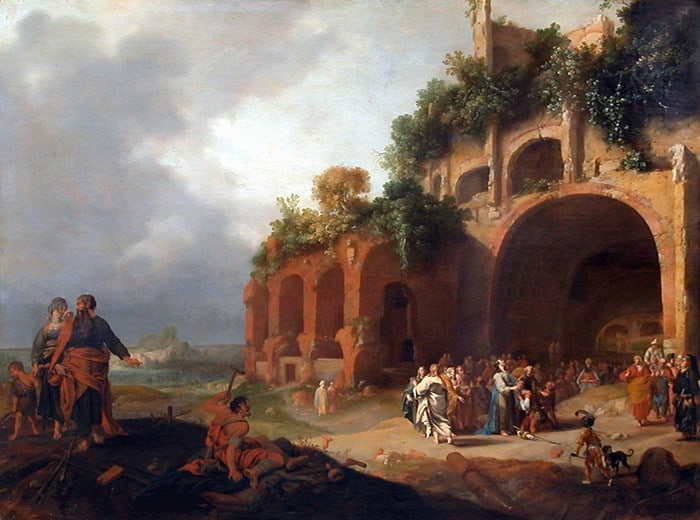 One of my favorite gifts that I received as a child for Christmas was a citizen’s band radio (CB radio). I grew up in an era when over-the-road truckers were trendy. They were glorified by movies such as Smokey and the Bandit, television shows such as BJ and the Bear, and by various pop and country songs such as “Convoy” and “Teddy Bear.” They even had their own language in which they spoke to one another over the CB radio, using slang terms to communicate.

As a young child, I would listen to this strange language over my CB and would take slang literally, as a child will often do. I was especially struck by the term “Do you have peanut butter in your ears?”—used when someone would not answer their call sign or handle. I remember wondering about that vivid imagery and could not imagine someone putting peanut butter—or anything else—in their ears to keep from hearing!

However, some people do this very thing to their spiritual ears: they do everything in their power not to hear the truth, although they know it is there. The truth is so opposite of their self-vision or life experience that they shut it out of their lives.  They prefer to live in silence because it is more peaceful to them than the piercing pain of reality. The reality that their life view or own personal beliefs might be wrong. The reality that there is a Truth.  The reality that that Truth is convicting.

An example might be the active young couple who attends Mass weekly, volunteers for the poor, and tries to walk a good life in general, but just can’t fathom the inconvenience of having a child so they use birth control. They do everything in their power to avoid any teaching or literature that deals with the subject of birth control because they feel the less they know about it, the less accountable they are. They know that the Church speaks against it, but they turn a deaf ear to it because it is inconvenient and maybe even painful to hear.

Another example might be the middle-aged man who heard in the 9th grade from a catechist that Confession was optional and unnecessary, that it was not a rule from God but only the Church, and he need only privately confess his sins to God to receive forgiveness. He refuses to hear any teaching of the Church on the importance and necessity of the Sacrament of Reconciliation because, if he does, he might have to go. He holds the belief that if he does not know for sure that Reconciliation is necessary, God will not hold him accountable for not going.

Both are examples of self-deception; both parties could see the truth if they let themselves, but they prefer not to hear it in order to remain in silence. The cause of deafness in both examples is a rebellious heart, as we read in Ezekiel 3:7b “…He who will hear, let him hear; and he who will refuse to hear, let him refuse, for they are a rebellious house.”

Those who have made themselves spiritually deaf are prisoners of the lies that they have told themselves. They do not trust that God has their best interest at heart. They would like to believe that they know better than the Creator of the Universe on what is best for their own self-interest. Like Adam and Eve in the garden, when we block up our spiritual ears we “[choose ourselves] over and against God, against the requirements of [our] creaturely status and therefore against [our] own good” (CCC 398). We treat God’s word as merely another optional voice to which to listen, and therefore not really as divine.

Many today try to reduce everything divine from Scripture into something merely human—and therefore not as necessary to believe—as we are told by Pope Emeritus Benedict XVI in Verbum Domini: “…whenever a divine element seems present, it has to be explained in some other way, reducing everything to the human element… Such a position can only prove harmful to the life of the Church, casting doubt over fundamental mysteries of Christianity and their historicity—as, for example, the institution of the Eucharist and the resurrection of Christ” (34).

Jesus faced this problem with his own disciples in John 6:60 when He was explaining eating and drinking His Body and Blood to them. They replied, “This is a hard saying; who can listen to it?” In Jesus’ response to them in 6:63 he tells them, “It is the spirit that gives life, the flesh is of no avail; the words that I have spoken to you are spirit and life.”

The Magisterium of the Church (the teaching authority of the Apostles and their successors) continues to speak the words of Jesus, and they are still hard. We must accept the teachings of the Church as if they come from Jesus Himself, as we are told in Luke 10:16: “He who hears you hears me, and he who rejects you rejects me, and he who rejects me rejects him who sent me.” The only way we can be free and alive is by listening to the words of Jesus—we must let Jesus clean the peanut butter from our spiritual ears and free us from the spirit of deafness.

I think that we can learn from Jesus’ healing of the child who was possessed by a deaf and dumb spirit. We learn from Jesus in Mark 9:29 that there is only one way to be freed from this type of spirit: through prayer and fasting. We need to cry out to Jesus and ask Him to help us in our unbelief, as the father of the child did in this healing. And we must strive to never “put anything in our ears” which keeps us from the Truth, from the Spirit and Life that God offers to us.