Hit enter to search or ESC to close
Prayer 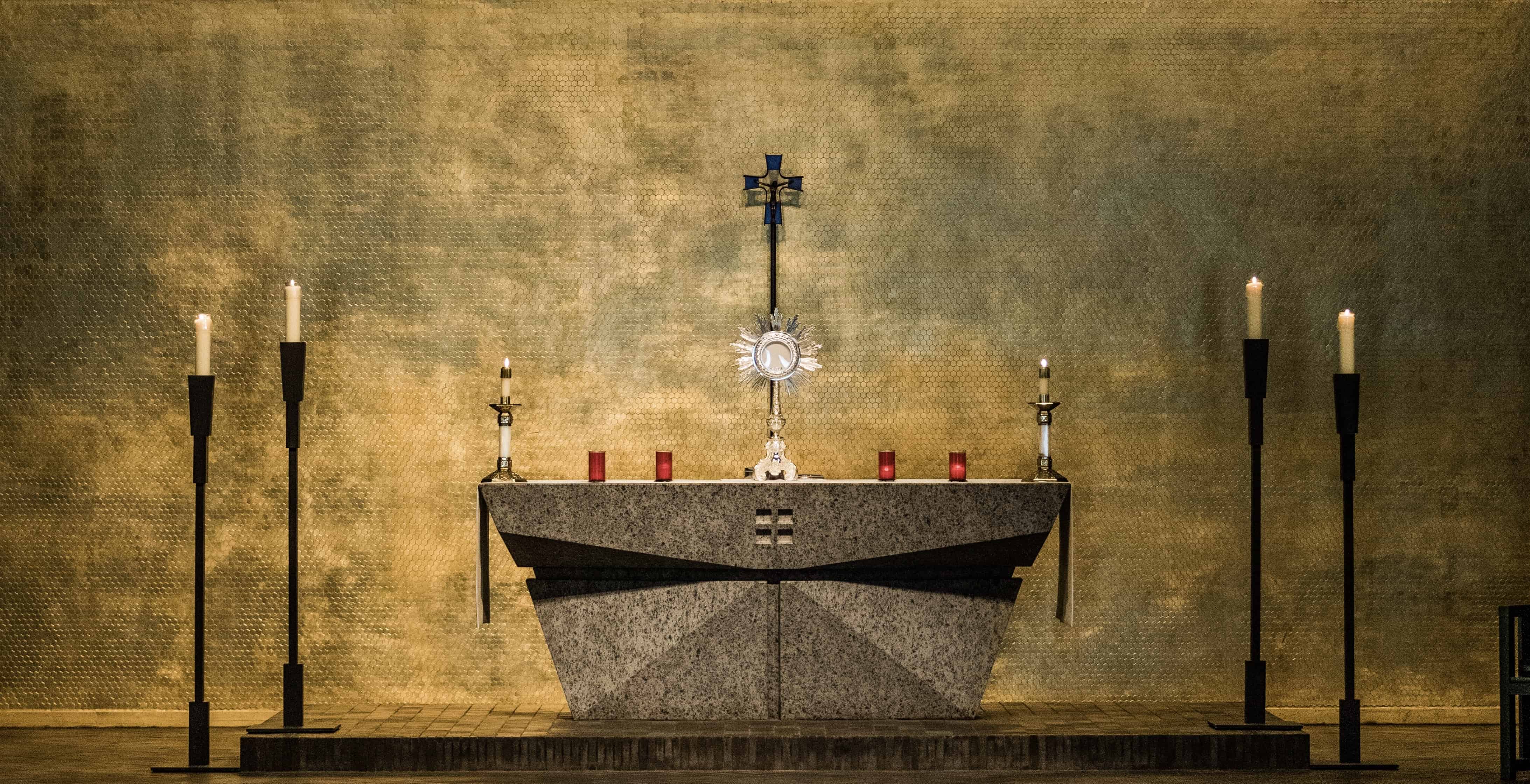 Lately I have become increasingly aware of the fact that one of the devil’s most powerful tools is noise. Why is that? Quite simply, the noise of the world distracts us from the voice of God.

God has been removed from our culture and replaced with, among other things, the noise of the world. You name it: Facebook, Twitter, television, cell phones and texting, the list goes on and on. Today there is no room for silence and therefore no room for God. The noise of the secular world has crowded out and replaced silence, which is precisely where we enter into and build our relationship with God. When we are bombarded with worldly noise, it becomes increasingly difficult to hear God’s voice; it requires too much effort to hear Him speak to our hearts. It is much easier to fill our lives with the simple and mundane noise of the world because this requires no effort. Our minds have become dulled, and we are easily placated by the noise of the world.

However, it is in the silence of our prayer that we hear God speak most clearly to us. If we don’t turn off the noise and set aside time for prayer, we will not hear Him. Jesus often retreated from the crowds to pray in silence:

“But he withdrew to the wilderness and prayed” (Luke 5:16)

“And in the morning, a great while before day, he rose and went out to a lonely place, and there he prayed” (Mark 1:35)

“…he went up into the hills by himself to pray. When evening came, he was there alone” (Matthew 14:23)

By his example, Jesus showed us a crucial element of prayer: silence.

Each day we must shut off the noise of the world and enter into silent prayer with God. We need quiet time alone with our God; this is what Jesus was teaching us. We need to set aside time to hear him speak to us. Think about it, Elijah heard God speak to him in “a still small voice” (1 Kings 19:12), and Mary Magdalene did not recognize Christ until she heard him speak her name (see John 20:14–16). Are we listening for his voice?

For me, the greatest place of solitude is in the quiet of the adoration chapel. The adoration chapel is a respite from the noise of the world. It is there that I can most clearly hear the voice of God. Years ago, when my daughter was diagnosed with multiple sclerosis, I went to the chapel with only one prayer: “You have got to give me peace. I have no peace with this!” Then I was quiet. In the silence He spoke to me so clearly, “Denise, you are not alone. I am with you on every step of your journey.” I have carried those comforting words with me for 17 years. And, I dare say, if I had been buried in Facebook I would not have heard Him speak.

Satan does all he can to distract us from hearing the voice of God. He is quite clever and oh so subtle. After all, electronic media seems harmless enough… right? A couple of months ago while I was out having lunch, I noticed a table full of high school students. Every one of them was buried in his or her cell phone. They were seated next to and across from one another, but there was no conversation! The point is, if we don’t listen to one another, we certainly aren’t going to listen to God.

What I have written here is not necessarily revelatory—many of us already know this to be true. But are we doing anything about it, or are we too caught up in the noise of the world to give it a second thought?

I will end with a quote from a book I highly recommend by Robert Cardinal Sarah entitled The Power of Silence: Against the dictatorship of noise (Ignatius, 2017):

“Modern existence is a propped-up life built entirely on noise, artificiality, and the tragic rejection of God. From revolutions to conquests, from ideologies to political battles, from the frantic quest for equality to the obsessive cult of progress, silence is impossible. What is worse: transparent societies are sworn to an implacable hatred of silence, which they regard as a contemptible, backward defeat… A man without silence is a stranger to God.”

So you see, Satan keeps us from one of the greatest treasures of all: silence. It is where we hear the voice of God and enter into a relationship with Him. Silence is indeed golden. The enemy is well aware of this, even if we are not.