Hit enter to search or ESC to close
Liturgy and SacramentsScripture

What is it? A Question of Gargantuan Significance – Part II 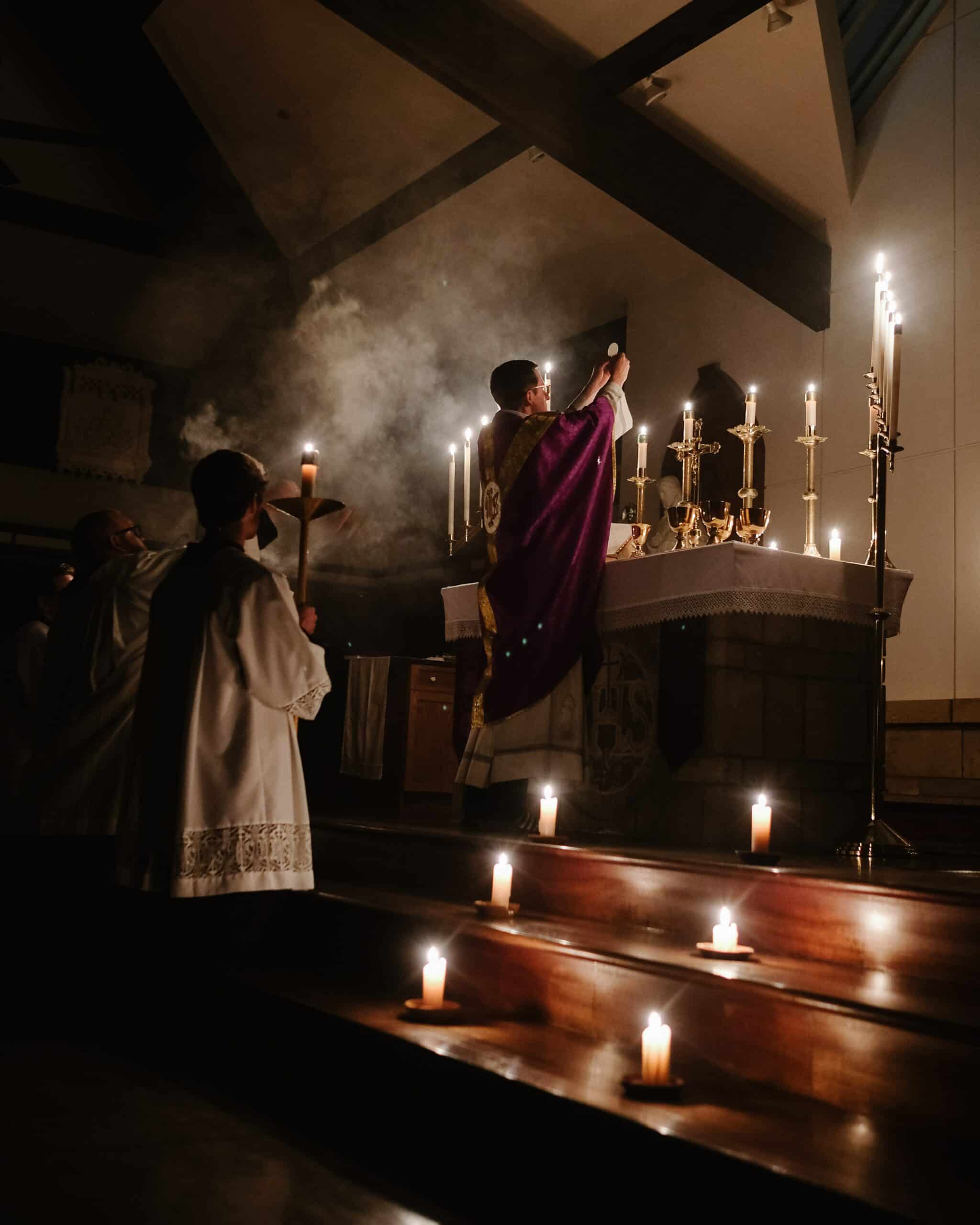 Photo by Josh Applegate on Unsplash

Last week we saw how God freed his people through the Exodus and fed his people with manna from heaven so that his people would be truly free to serve Him. This is the same pattern for our own mission.

In our lives we see God freeing us first by virtue of Baptism and afterwards by our renewal of our covenant with Him in Confession. We are free to then serve the Lord as we have been restored in our relationship with Him, but we are still in desperate need of sustenance. We must have sustenance to have life within us to do the mission to which God has called us. The Church tells us that as bodily nourishment restores lost strength, so the Holy Eucharist strengthens our charity and that in this sacrament Christ revives our love, breaks our bonds of disordered attachments, and helps us to root ourselves in Him (CCC 1394). This is necessary for us in our mission to serve the Lord.

We see in the New Testament, in the Bread of Life Discourse in John 6, that Jesus refers to the manna that God had provided the Israelites in the wilderness. He tells the people that there is new Bread from Heaven. He tells them that He is the bread which came down from Heaven, which subsequently causes them to murmur and disbelieve Him. They did not understand or, possibly, did not want to understand, what Jesus was saying. Jesus even puts it several different ways that He is the Bread of Life and if they do not consume Him, they have no life within them. They cannot do their mission of being His disciple, being united to Him, if they reject the life found in Him—specifically in the Holy Eucharist. Many could not accept this and left Him. Notice that Jesus did not try to soften what he was saying or say that he was just speaking metaphorically or symbolically. He doubled and even tripled down that he was speaking literally and not figuratively.

We see, however, His Apostles, with Peter in the lead, did not leave Him. They might not have fully understood everything about the Eucharist, but they did understand that Jesus was talking literally, and this became the doctrine of the Catholic Church. For 1500 years, everyone believed that the Holy Eucharist was really and truly the Body and Blood of Jesus.

But about 500 years ago something gargantuan happened. There was once again introduced into the Church, by several “reformers,” the question: “What is it?” I must refer to one of my favorite priests, Cardinal Gibbons, who wrote roughly 130 years ago in a book called The Faith of Our Fathers. He said this:

Let me give you one example out of a thousand. These words of the Gospel, “This is My Body,” were understood only in one sense before the Reformation. The new lights of the sixteenth century gave no fewer than eighty different meanings to these four simple words, and since their time the number of interpretations has increased to over a hundred.

This was said over 130 years ago. I could not even venture a guess as to how many interpretations there are today. This has caused much confusion outside of the Church and, I would say, even within many Catholics. There is much argument over what the Eucharist “is” today. The fruit of this confusion has been seen in a recent PEW Research Center survey (2019) of Catholics which showed many did not believe the words of Christ in John 6. Many did not believe or know what the Church believes and teaches on the Holy Eucharist.

I must admit, I was flabbergasted when I read this, especially as a Protestant convert to the Catholic Church. My gut reaction was to complain about my brothers and sisters. Then the Lord—as He often does with me—gave me a Fatherly correction in prayer. I will spare you the complete details, but it went something like this:

“What are you, Derek?”
“Lord, you know that I am a teacher.”
“Then stop complaining and teach!”

In response, I have compiled a class on the Holy Eucharist that will take you from the beginning of Scripture to the end, through the early Church’s understanding, through various Church Fathers and saints, and 2000 years of Church teaching to help you understand what—or rather Who—the Eucharist is. I will even discuss some Eucharistic miracles! Join us online starting Wednesday, June 1st at 9am or 6:30pm for this three-session journey together on the Holy Eucharist.

Register now for The Holy Eucharist: The Body, Blood, Soul, and Divinity of Jesus Christ!

Listen to a free preview of the class.