Hit enter to search or ESC to close
Saints

Fatima: A Call to Action 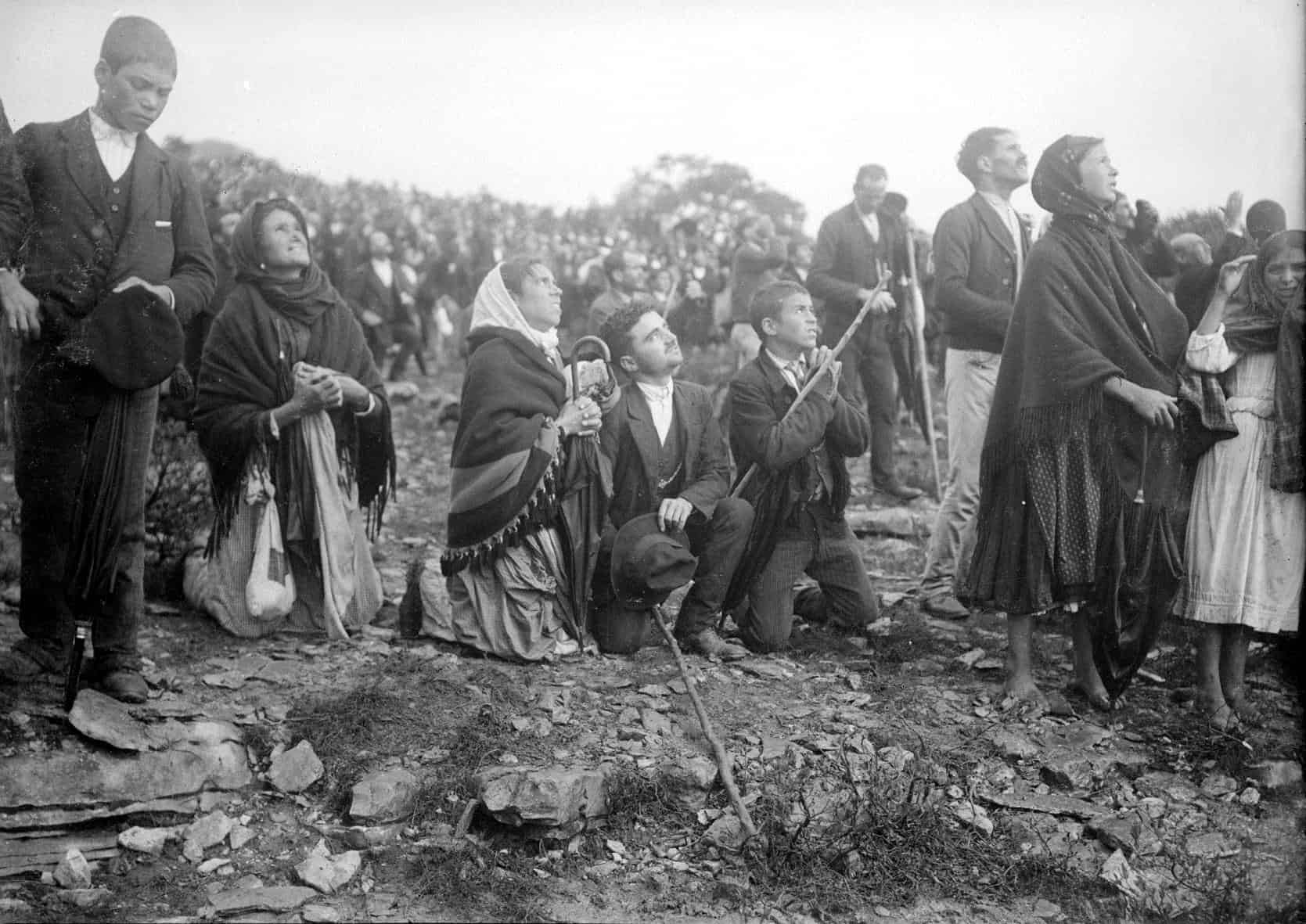 Image: People witnessing the miracle of the sun at Fatima on October 13, 1917
Judah Ruah, for the newspaper O Seculo, published in the newspaper Illustracao Portugueza [Public domain]

The twentieth century was brutal, to say the least: two world wars, the rise of oppressive Communist regimes throughout the world, and a time of confusion and chaos in the Church. Our Lady’s apparition at Fatima came at a pivotal moment in 1917, during World War I and less than a month before the Communist revolution in Russia.

The Message of Fatima

Our Lady’s message was clear. Nations are turning away from God and suffering dreadfully. This suffering will include the Church. We should not lose hope, however, but pray for conversion and peace and make reparation for sin. In the end, she assured, her Immaculate Heart would triumph.

Here is a brief summary of the apparitions. First, the three children—Lucia, Francisco, and Jacinta—received three angelic visits. The angels, identified as the guardian angel of Portugal and an angel of peace, taught the children how to pray and make reparation for sin, making everything they could a sacrifice to God for sinners. Here are two of the prayers the angel taught them:

“My God, I believe, I adore, I hope, and I love You. I ask pardon for all those who do not believe in You, do not adore You, do not hope in You, and do not love You.”

“Most Holy Trinity—Father, Son and Holy Spirit—I adore You profoundly, and I offer You the Most Precious Body, Blood, Soul and Divinity of Jesus Christ, present in all the tabernacles of the world, in reparation for the outrages, sacrileges, and indifferences by which He is offended. And by the infinite merits of His most Sacred Heart and the Immaculate Heart of Mary, I beg the conversion of poor sinners.”

Our Lady then appeared to the children in successive months from May to October in 1917, normally on the 13th day of the month. A key underlying theme of her messages was that prayer and sacrifice really matter. She exhorted the children to pray for an end to the war. She warned them of the rise of Communism. She exhorted them to become active agents in the Lord’s providence, an exhortation that applies to all of us!

The Secrets of Fatima

If we look at the three secrets, we could summarize them as follows. The first, entailing a vision of hell, shows us the reality of God’s just punishment for sin and the need to pray for sinners, especially “those in most need of the Lord’s mercy,” who may die without repentance. The second secret focused on the end of World War I, the coming of another war, and the need to pray for the conversion of Russia. In particular, Our Lady asked for us to make communion of reparations on the first Saturday of the month. The third secret focuses on the persecution of the Church, which reaches all the way to the Holy Father, who, in the vision, collapses at the foot of the Cross, with many martyrs surrounding him. The angel, who brings a flaming sword to earth, cries out “penance, penance, penance.”

The apparitions ended on October 13, 1917 with the miracle of the sun, during which the sun danced in the sky, changed colors, and seemed to fall to the earth. Many thousands of people, including non-believers, witnessed this miracle, and reporters and photographers documented it. On that day, Mary revealed herself as “the Lady of the Rosary,” and asked the children to “continue always to pray the Rosary every day.”

Our Lady of Fatima Calls Us to Action

There is so much we can take from these apparitions. Overall, they show us that God remains present through his providential care, even in the midst of world calamities. We can feel helpless during warfare and persecution, but Our Lady tells us that we can play an active role through prayer, fasting, and penance. In particular, she revealed the rosary as a source of peace for the world. And through her prophetic messages and their fulfillment, she revealed the deeper spiritual forces that shaped the course of the twentieth century.

In the second secret, Our Lady asked for Russia to be consecrated. After many partial attempts by popes to fulfill this request, Sr. Lucia finally affirmed that Pope St. John Paul II did so in communion with the bishops of the world on March 25, 1984. Only five years later, the Berlin Wall would fall, in large part due to John Paul’s efforts to lead a revolution of conscience throughout Eastern Europe. John Paul also identified himself as the bishop dressed in white who falls at the foot of the Cross, fulfilled in the assassination attempt of May 13, 1981, on the feast of Our Lady of Fatima.

John Paul’s role in the downfall of European Communism should inspire us to continue responding to Our Lady of Fatima’s request for prayer and sacrifice for peace. We need to pray for the end of the persecution of the Church in Communist China and throughout the world, especially the Middle East. We need to pray that a new tide of socialism will again fail. Ultimately, we need to pray for the conversion of sinners and that Our Lady’s Immaculate Heart will triumph.