Hit enter to search or ESC to close
ApologeticsScripture

Confess and Believe to be Saved 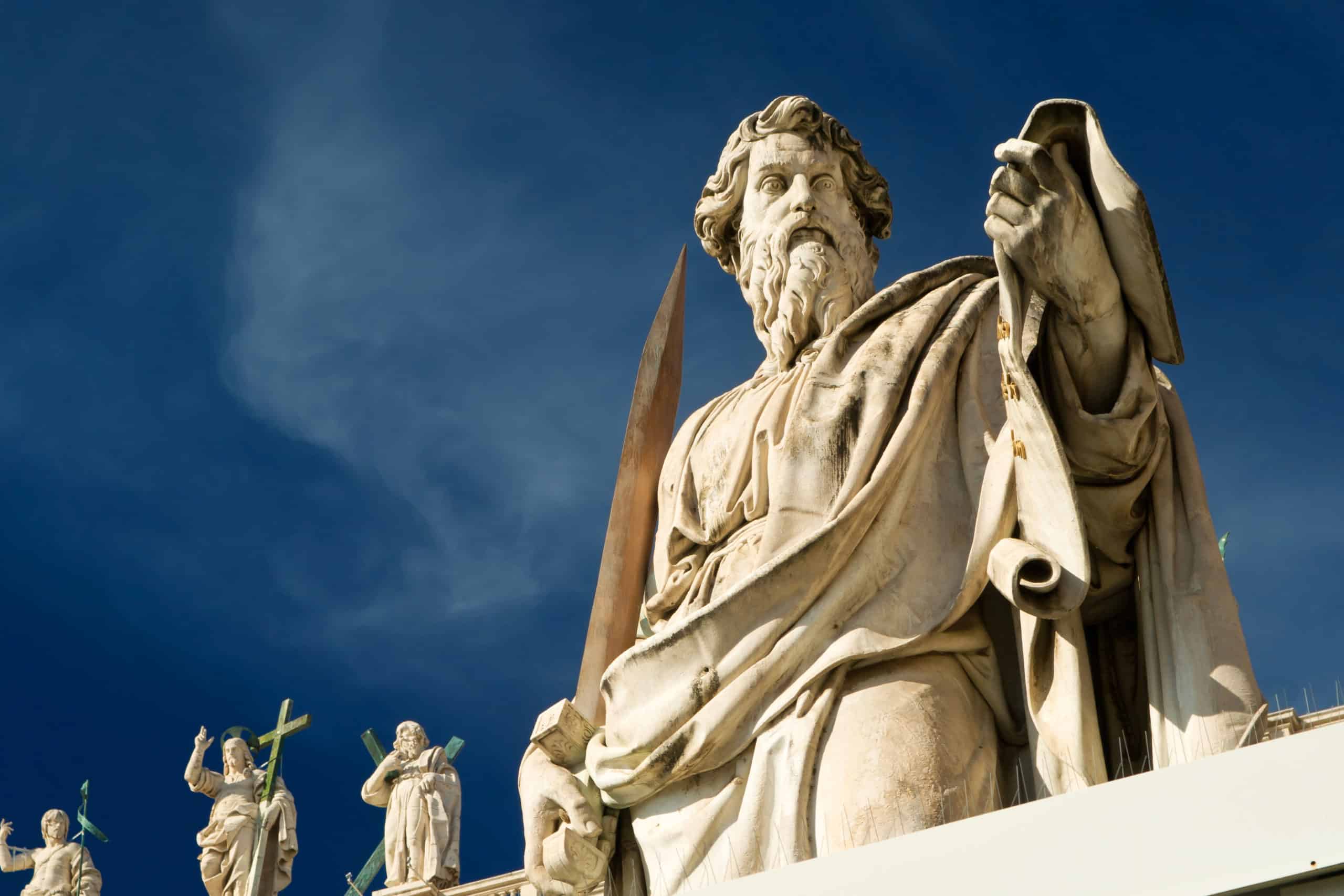 I recently received a great question from a student:

Dear Professor: “If you confess with your lips that Jesus is Lord and believe in your heart that God raised him from the dead, you will be saved” (Romans 10:9)… How do we explain that this is not enough to non-Catholics? And is this where Luther got his ideas of “once saved, always saved”?

To this excellent question I answer: remember (and remind Protestant friends) that there are TWO requirements in the “IF” section of Romans 10:9 before one gets to the “then you will be saved”—and even then the salvation is in the future tense. That future tense clearly implies that this salvation is not simply a present reality, much less a past event, and so cannot mean “once saved, always saved.”

In fact, since both “if” parts must be fulfilled so that one will be saved—in the future—then if at any time one ceases to believe or to confess—both of which are part of human free will and can be embraced or omitted—then that person would not have one or both of the “ifs” and would not then be able to partake of the great future tense “then”—salvation.

A second point that one might bring up is the use of the word “confess,” which is curious even in the original Greek. It builds on the Hebrew Old Testament: how does “confess” differ from “say” or “speak”?  Why does St. Paul habitually use it, as does St. Peter in the Acts of the Apostles? What’s a “confession” in Biblical terms?

In addition, to understand what Romans 10:9 really demands of us we also have to understand what St. Paul means by “believe.” We can look to the epistle of St. Jude and ask why he mentions that God saved his people but destroyed those who “were not believing” [v.5]—who were also part of Israel? Finally, and clearest to most, are St. James’ words, not just in James 2:24, but also in 1:3, that our faith needs a proving test, that will then be “perfect and complete.”

I can’t give all the answers here, but there is part of the meaning of “confess” that is clearly attached to something or someone other than the person: the prefix “con” (“syn” in Greek) means “with + ____.”  Well, with whom or what?

Throughout the history of the Church, that “with + _____” has been understood to refer to the Mystical Body of Christ—that is, the Church. One confesses precisely what Christ commanded the Church, the pillar and foundation of the truth (1 Timothy 3:15), to teach, as we see in Matthew 16:16–19 and throughout John’s Gospel. Where does the Church get this prerogative, privilege, and promise? From Christ. Whence does Christ have the power to grant this? From His Father. Christ, as the God-Man, is the One who can both receive and give, thus He is the perfect mediator of this new covenant. And because He remains alive after his Resurrection and Ascension, the marriage between Him and his Spouse, the Church which He founded, remains a covenant, as St. Paul says in Ephesians 5 and in Galatians 4.

Yes, the confession of faith is once for all handed down to the saints by Christ Himself. He handed it down to his Apostles, but He also promised those same Apostles that they, as the Princes of the Church and the Appointed Shepherds of his People, could and would lead that people to where Christ ascended.

So, the object of that preposition, “with” is Christ and His Church. We confess “that Jesus is Lord” with Christ and his Church. After the marriage of Christ to His Church, we cannot separate the two. To do so is to “divide Christ,” which St. Paul warned against in 1 Corinthians 1:13. And that reference to 1 Corinthians reminds us of the capstone: 1 Corinthians 13. Confession of the Faith, in the Biblical sense, is perfected in charity—love of God—without which our faith is in vain and “profiteth nothing.”

Interestingly, this is exactly how St. Thomas Aquinas, the Church’s greatest theologian, characterizes charity: we remain attached to the Church in divine charity, as we remain attached to Christ Himself, the Bridegroom. If we separate from one, we separate ourselves from the other. Confession implies the greatest of these, love, which is only found perfected in the Holy Catholic Church:

Christ “established here on earth” only one Church and instituted it as a “visible and spiritual community”, that from its beginning and throughout the centuries has always existed and will always exist, and in which alone are found all the elements that Christ himself instituted. “This one Church of Christ, which we confess in the Creed as one, holy, catholic and apostolic […]. This Church, constituted and organised in this world as a society, subsists in the Catholic Church, governed by the successor of Peter and the Bishops in communion with him.”— Responses to Some Questions Regarding Certain Aspects of the Doctrine on the Church, Congregation for the Doctrine of the Faith

Jonathan was born and raised in South Carolina and never left the Southeast until he was 18. But he has mostly lived abroad since graduation. At Furman University he majored in philosophy and Ancient Greek. He converted after his freshman year and entered Catholic seminary the year after graduation. He spent six years pursuing the priesthood in Bavaria, Italy, France, and Nebraska, but eventually left the seminary and moved to Rome, Italy to finish doctoral studies in theology (patristics) at the Augustinianum. He has taught for Christendom College, Thomas More College, Newman College Ireland, The Pontifical University of St. Thomas (the “Angelicum”), and has translated for the Vatican’s newspaper, L'Osservatore Romano. He has taught for the Biblical School since 2018. He is married to Carey and they have six young children, the oldest of whom was the last child blessed and kissed by then-reigning Pope Benedict XVI at his final public audience.