Hit enter to search or ESC to close
Liturgy and Sacraments

From Death Into Life 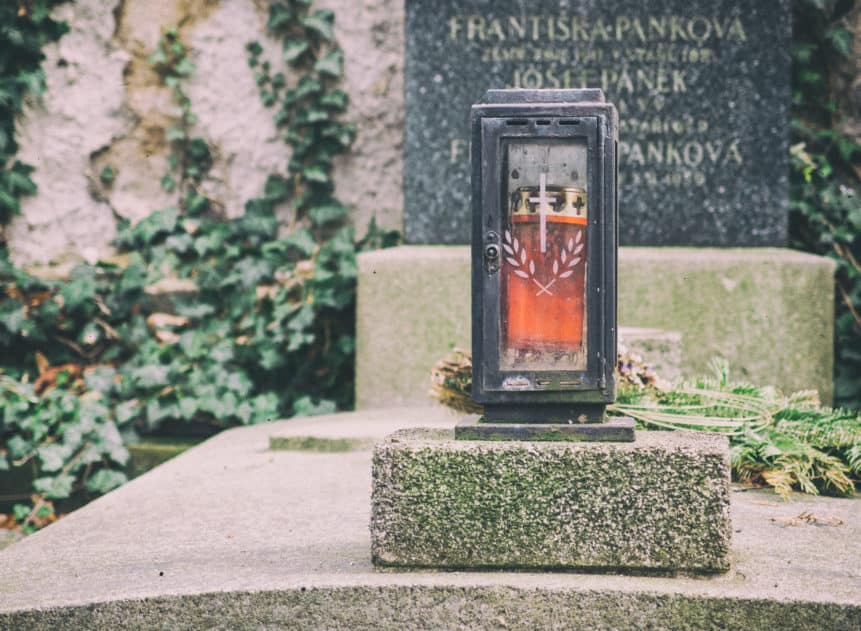 It is hard to see through grief. Death blinds us to the outside world, turning our eyes inward. We are paralyzed by shock and the emotions of grief—sadness, fear, anger, regret, and even relief. Like Mary Magdalene weeping at the tomb of Jesus on Easter morning, we need to hear the voice of Christ calling us to himself so we remember the promise of the Resurrection (see John 20:1-18). The Funeral Rites of the Church remind us of this promise over and over.

“In the face of death, the Church confidently proclaims that God has created each person for eternal life and that Jesus, the Son of God, by his death and resurrection, has broken the chains of sin and death that bound humanity” (Order of Christian Funerals, 1). The Catholic Funeral Rites allow us to see glimpses of light through the darkness of grief, commending our loved one to the divine mercy of God while offering mourners the hope that comes from celebrating with the entire community of saints.

The first opportunity for prayer with the family after the death of a loved one is a time when the Church, “Accompanies the mourners in their initial adjustment to the fact of death and to the sorrow this entails” (OCF, 52). Words often fail in the presence of death. What do you say to the widow whose husband died of complications from Agent Orange? How do you comfort a wife whose husband suffered a fatal heart attack shoveling snow while she was out Christmas shopping? Can words calm a father whose son committed suicide? What solace is there for the mother of a stillborn child? In Prayers After Death, the priest, a deacon, or a lay person consoles the family with brief Scripture and prayer, reminding all of Christ’s presence in the ache of loss. This simple rite helps the grieving to begin to absorb the reality of death and to be assured of the Church’s response.

Vigil for the Deceased

The next opportunity for communal prayer is the Vigil for the Deceased. “At the Vigil the Christian community keeps watch with the family in prayer to the God of mercy and finds strength in Christ’s presence…In this time of loss the family and community turn to God’s word as the source of faith and hope, as light and life in the face of darkness and death” (OCF, 56). The vigil can take place at home, at the funeral home, or at the church. It feels like the beginning of Mass (Liturgy of the Word) and includes introductory rites, Scripture readings, Prayer of Intercession, and a concluding rite. It is best accompanied by music, especially a sung responsorial psalm. The Vigil, like all Church vigils, is a time of anticipation. We await the surety that will be celebrated at the funeral Mass: that we are called to new life in Christ. Often parishes allow families to make the Vigil more personal by including one or two personal remembrances. The vigil cannot be celebrated on the same day as the funeral.

In perhaps the Church’s most moving liturgy, apart from the Easter Vigil, the Funeral Mass allows the beauty and wisdom of the Church to shine through sorrow, helping all to see God’s mercy and love.

The Church who, as Mother, has borne the Christian sacramentally in her womb during his earthly pilgrimage, accompanies him at his journey’s end, in order to “surrender him into the Father’s hands.” She offers to the Father, in Christ, the child of his grace, and she commits to the earth, in hope, the seed of the body that will rise in glory. This offering is fully celebrated in the Eucharistic sacrifice (Catechism of the Catholic Church, 1683).

Beginning at the doors of the church, all gathered for the Funeral Mass are reminded of Baptism, the sacramental entrance into the life of Christ as adopted sons and daughters of God. The casket is draped with a white pall and sprinkled with holy water. St. Paul tells us, “Are you unaware that we who are baptized into Christ Jesus were baptized into his death? We were indeed buried with him through baptism into death, so that, just as Christ Jesus was raised from the dead by the glory of the Father, we too might live in newness of life” (Romans 6:3-4). The body is then part of the procession into the church. The Paschal candle, the sign that Jesus Christ is the Light of the World and that no darkness, not even death, can conquer him, is lit at the head of the casket. Flowers speak to the beauty of creation and are a subtle reminder of Easter morning’s glory. Incense shows respect for the deceased’s body and is a sign of our prayers rising to God.

The readings proclaim the salvific plan of the Father from the beginning of time. They are chosen by the family and point to how the deceased’s life was included in that saving plan. The homily breaks open the way in which each of us enters into the life of Christ, highlighting the mercy, grace and promise that poured forth from the side of Jesus at his death and reminding us that he opened the gates of heaven to all believers. During the Prayers of Intercession, “The holy people of God, confident in their belief of the communion of saints, exercise their royal priesthood in this prayer for all those who have died” (OCF, 29). Then, nourished by the Word, the community offers, in the Holy Spirit, the eternal sacrifice of Christ, sharing in his Body and Blood, a foretaste of the heavenly banquet; a promise of the life to come.

The final commendation and farewell take place after the funeral liturgy and can be celebrated at the church or cemetery. This part of the funeral rite allows mourners to say a final farewell, entrusts the deceased into the embrace of God, and affirms that the faithful will one day gather together in the New Jerusalem.

It is normal to be blinded by grief when faced with death. In her Funeral Rites, though, the Church calls us out of darkness and into the light of the Resurrection. Like Mary Magdalene, we are called to announce to others, “I have seen the Lord!”